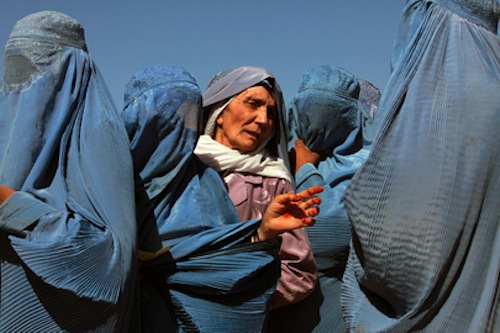 Afghanistan is moving forward in the transition to greater ownership and responsibility for its affairs but faces a number of challenges, including generating a perception of greater security for ordinary citizens and addressing human development needs, the United Nations envoy to the Central Asian nation said.

Ján Kubiš, the Secretary-General’s Special Representative for Afghanistan, told a meeting of the Security Council that, as reported by the UN-mandated international military force and the Afghan authorities, both the military campaign and the security transition are “on time and on track.”

Afghan authorities are working with the international community so that by 2014 they can assume full responsibility for security in all of the country’s 34 provinces. They are also working towards taking greater ownership of development in a country where more than one-third of the population lives below the poverty line, and one in every two children under five is chronically malnourished.

In his remarks, the UN envoy noted that on security, as stated in Secretary-General Ban Ki-moon’s latest report, there has been a decrease in security incidents between May and July as compared to 2011.

“Yet many ordinary citizens and Government officials throughout Afghanistan continue to point out to the continuous fragility of the security situation in Afghanistan, to the fear and insecurity that impedes everyday life,” said Kubiš, who also heads the UN Assistance Mission in Afghanistan (UNAMA).

In his report, Ban noted that improvements in the security situation have been registered against the record high incident levels of 2011.

“These gains have not, however, generated public perceptions of greater security and do not reflect improvements to the institutional structures required for longer-term stability,” wrote the UN chief. “Little has changed in the underlying dynamics to mitigate a deep-seated cycle of conflict.”

Kubiš said that even where there are no armed clashes, an “insidious campaign” of intimidation and targeted killings is claiming lives of government officials, women’s rights activists, tribal elders and community leaders, including those actively working for peace.

“The impact is visible in the curtailed delivery of development programmes and humanitarian aid,” the Special Representative said. “Outreach by Government services and personnel are limited in many part of the country. Internal displacement increases, people move to the relative safety of provincial and regional centres.”

Civilian casualties have also decreased overall through the first eight months of the year compared year on year, he pointed out. “However this trend began reversing during this summer with a greater number of civilian deaths and injuries occurring in July and August than in the same period last year,” Kubiš said.

In fact, he noted, August was the second deadliest month for civilians since UNAMA began recording civilian causalities with 374 civilians killed and 581 injured. Anti-government elements continue to cause the vast majority of civilian casualties, bearing responsibility for over 85 per cent of all civilian deaths and injuries during the summer period.

The envoy also noted that while security transition is important, the ultimate key to future stable Afghanistan is “successful Afghan-led and Afghan-owned political transition.”

The 2014 presidential elections are in the centre of attention, he said, adding that the conduct of credible polls with a mandate for the new country’s leadership is essential to national unity and legitimacy as well as a critical component of ongoing international support.