Posted on: December 3rd, 2012 by Romana Turina No Comments

Afghanistan might trade talks with Taliban for immunity from prosecution 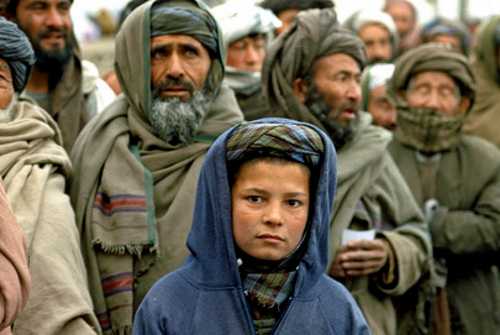 On November 17, 2012, the chairman of Afghanistan’s High Peace Council, Salahuddin Rabbani, told journalists that Taliban officials who join peace negotiations with the Afghan government will receive immunity from prosecution and will have their names removed from the United Nations sanctions.

Last week, the Pakistani government released nine imprisoned Taliban officials after the High Peace Council requested their release during a visit to Pakistan. More of the estimated 50 Taliban members in prison in Pakistan are expected to be released at the council’s request in the future. Rabbani has described those released as including, “Afghan citizens who expressed their willingness to work for peace.”

Providing immunity from prosecution for genocide, war crimes, crimes against humanity, and other serious human rights abuses violates international law. International treaties, including the 1949 Geneva Conventions, which Afghanistan has ratified, and customary international humanitarian law, require parties to a conflict to ensure alleged perpetrators of serious crimes are prosecuted. Those responsible for war crimes and other serious abuses on both sides should be investigated and prosecuted.

Afghanistan has a troubling history of providing amnesty for war crimes. In 2007 a coalition of powerful warlords and their supporters in the parliament were able to pass the National Stability and Reconciliation Law. This law seeks to prevent the prosecution of individuals responsible for large-scale human rights abuses in the preceding decades. The law states that all those who were engaged in armed conflict before the formation of the Interim Administration in Afghanistan in December 2001 shall “enjoy all their legal rights and shall not be prosecuted.” It provides that those engaged in current hostilities will be granted immunity if they agree to reconciliation with the government, effectively providing amnesty for future crimes.

President Hamid Karzai, who had previously promised not to sign the National Stability and Reconciliation Law, quietly permitted it to be published in the government’s official gazette and to enter into force in early 2010. Human Rights Watch at that time urged the repeal of the law, calling it “an invitation for future human rights abuses” and expressing concern that its extension to those currently engaged in hostilities “allows insurgent commanders to get away with mass murder.” The official adoption of the law passed largely unremarked by the international community, leading to concerns that Afghanistan’s international partners were prepared to tolerate impunity for war crimes.

“The High Peace Council’s call for immunity shows the dire predictions about the amnesty law coming true,” Brad Adams, executive director of Human Rights Watch’s Asia Division said. “Amnesty for war crimes does not need to be, and should not be, a precondition for talks between the Afghan government and the Taliban.”

The UN, Human Rights Watch, and others have collected considerable information implicating Taliban members in war crimes, including attacks targeting civilians, indiscriminate attacks by suicide bombers and pressure-plate mines, summary executions, and use of children in combat including as suicide bombers. Commanders who ordered unlawful attacks, or who knew or should have known about serious abuses by their forces but made no effort to stop them, are subject to prosecution for war crimes.

Taliban spokesmen frequently deny claims that its members commit violations of international law. On November 6 the Taliban issued a statement saying that it “assures the nation that it will never forgive the civilian slayers whosoever they may be.”