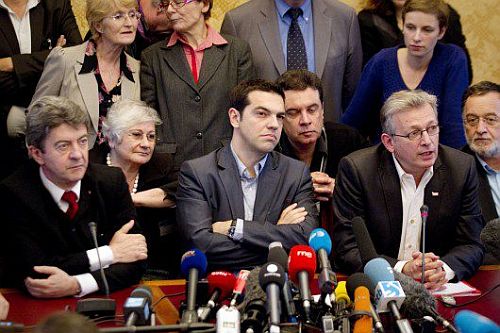 On Wednesday June 6 Syriza’s leader Alexis Tsipras is set to meet with the ambassadors of G20 in Athens to brief them on the key points of the party’s electoral programme, according to a press release.

Tomorrow at 11:30 A.M Syriza leader with main focus on the electoral programme’s politics and foreign policy. After that, a meeting will follow behind closed doors with the ambassadors.

Some rushed to say that the meeting is a cleanup of the position of the party on the Memorandum issue as much confusion is exacerbated.

Foreign sources in Athens have expressed concerns regarding the agenda of the meeting, as well as the symbolisms associated with SYRIZA’s party initiative that, according to diplomats, aims at legitimizing Tsipras’ image as a leader.