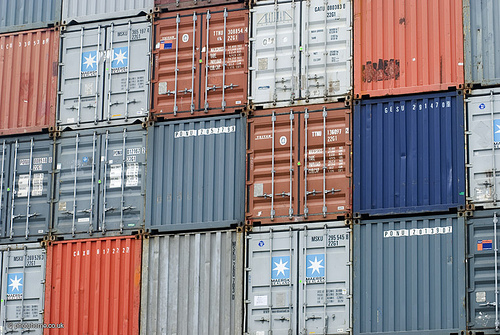 A German-owned ship called “Atlantic Cruiser” was suspected of carrying weapons and ammunition heading to Syria was being docked into Turkey’s Iskenderun port for inspection Reuters reports.

The German magazine Der Spiegel reported the ship had loaded its cargo in Djibouti last week and changed course for Iskenderun in Turkey on Friday when the cargo was at risk of being uncovered. The ship stopped about 80km southwest of the Syrian port of Tartus, its initial destination, it said.

The search of its cargo was delayed until Thursday morning due to stormy weather, according to state run Anatolia news agency .

White Whale Shipping, the Ukrainian company that chartered the Atlantic Cruiser has denied  allegations that there were arms on board and said its cargo was civilian goods. Smuggling arms to Syria would be a violation of EU arms embargo.

The UN imposed a weapons embargo against Syria almost a year ago. During a U.N. Security Council briefing last month, the U.S and Britain accused Iran of  smuggling weapons to Syria which they said were being used against the civilians.

The route between Djibouti and Tartus is known as a path for transporting weapons, according to intelligence experts.

In January another ship out of Russia was stopped with munitions in Cyprus, but later continued its journey with the cargo to Syria after the captain declared he would head to a different port than initially planned.