Posted on: November 19th, 2012 by AlYunaniya Staff No Comments 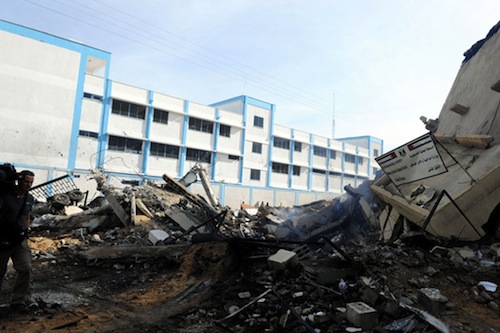 Secretary-General Ban Ki-moon on Sunday renewed his appeal for an end to the ongoing violence in Gaza and Israel, strongly urging the parties to achieve an immediate ceasefire.

“I am heading to the region to appeal personally for ending the violence and contribute to ongoing efforts to that end,” he said in a statement.

The new wave of violence in Gaza and Israel – which includes rocket attacks against Israel from Gaza, and Israeli airstrikes on Gaza – has resulted in several people being killed or wounded on both sides.

Ban said that he is “deeply saddened” by the reported deaths of more than 10 members of the Dalu family, including women and children, and additional Palestinian civilians killed as a result of the ongoing violence in Gaza.

He is also alarmed by the continuing firing of rockets against Israeli towns, which has killed several Israeli civilians.

“This must stop,” he stated, strongly urging the parties to cooperate with all efforts led by Egypt to reach an immediate ceasefire.

“Any further escalation will inevitably increase the suffering of the affected civilian populations and must be avoided.”