Posted on: April 25th, 2012 by AlYunaniya Staff No Comments

BoG Governor warns: “Exiting the crisis is in our hands” 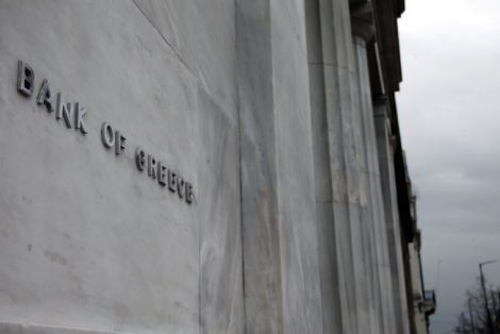 Bank of Greece Governor Giorgos Provopoulos in his annual report on the Greek Economy argued: “Two years after the first Memorandum, we are now faced with a new challenge, one that is especially crucial for the country’s future. Despite the progress made, the failure to act in a resolute and timely manner, along with the recession, resulted in a worsening of the dynamics of public debt, making a new agreement for financial support necessary.” The new loan agreement and the economic adjustment programme provide more favourable conditions than before for a return to growth, Provopoulos added. “The new agreement offers conclusive evidence of our partners’ willingness to support us. However, uncertainty continues to surround the global economy, reflecting, in part, the sovereign debt crisis in European economies.”

BoG chief stressed that the economic situation, both at home and abroad, leaves no room for complacency. “To take advantage of the new opportunity, we must promptly implement what we have agreed to and make up for previous delays. There is no easy way out of the crisis. The adjustment must be pursued with determination”, he said.

According to Provopoulos, current pre-electoral period has temporarily sidelined planned reforms. “If, after the elections, there is any question about the will of the new government and society to implement the programme, today’s favourable prospects will be reversed; the country will then be at risk of finding itself very soon in a particularly adverse situation, which will impact negatively on citizens’ morale”, he said.

According to BoG Governor, what is at stake is the choice between: An orderly, albeit painstaking, effort to reconstruct the economy within the euro area, with the support of our partners; or a disorderly economic and social regression, taking the country several decades back, and eventually driving it out of the euro area and the European Union.

Bank of Greece noted the following:

- The recession that began in 2008 continues. In 2011, real GDP contracted by 6.9%. The situation worsened in the fourth quarter, reflecting, among other things, the fact that uncertainty remained high. The decline in GDP was driven by the fall in both consumption and investment, the latter dropping by more than 20%. A further reason for the deterioration in GDP in the fourth quarter of 2011 was the halt in the upward trend in real exports of goods, after four successive quarters of growth. Exports of goods increased on average in 2011, but more slowly than in 2010 (3.6% against 5.4%). The decline in exports in the fourth quarter can be attributed not only to the slowdown in economic activity in our trading partners, but also to financial constraints faced by exporting firms (in particular, limited access to bank and trade credit).

- On the supply side, output of the secondary sector fell sharply (almost twice as much as in 2010: -12%, compared with -6.1%). The decline in output of the tertiary sector intensified as well (-5.9%, against -3.1%). By contrast, agricultural output increased by 2.5%, but, because of the sector’s small size, this positive development had little effect on GDP as a whole. The decline in production was the main cause of the net loss of some 300,000 jobs and the surge in the number of the unemployed by approximately 250,000 people in 2011.

- Conditions in the financial sector deteriorated. The rate of credit expansion to the private sector, which has been steadily decelerating since 2008, turned negative in 2011. While this development can be partly attributed to reduced demand for credit on account of the recession, an important factor was also the liquidity squeeze experienced by banks, resulting from the loss of confidence brought about by the fiscal crisis. Today many sound businesses are suffering the consequences of that squeeze.

- The general government deficit as a percentage of GDP was reduced by 1.2 percentage point in 2011, according to figures released yesterday, while the primary deficit was reduced by 2.5% of GDP. Furthermore, in the first quarter of 2012, the central government deficit, on a cash basis, decreased markedly year-on-year, while a primary surplus in the order of 0.5% of GDP was recorded, compared with a primary deficit of 0.5% of GDP over the corresponding period in 2011. Primary expenditure fell, albeit less than targeted, due to increased subsidies to social security funds. Attaining the full-year targets will obviously require persistent efforts.

The Bank of Greece forecasts an average annual rate of decline in GDP of close to 5%; implying that the recession will be less pronounced than in 2011; this forecast assumes that the necessary structural reforms will be implemented without delay. The average unemployment rate is projected to increase this year and exceed 19%, up from 17.7% last year. Finally, the downward trend in inflation will also continue in 2012, with average annual inflation expected to be around 1.2%. In 2013 inflation is projected to fall further, possibly to below 0.5%.