Posted on: April 22nd, 2013 by AlYunaniya Staff No Comments 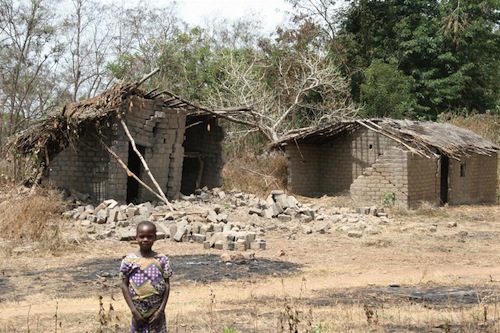 Meeting in Douala, Cameroon with the Prime Minister of the Central African Republic (CAR), the United Nations’ political chief has affirmed the world Organization’s continued support for transitional political agreements and humanitarian efforts in the embattled country.

Jeffrey Feltman, the Under-Secretary-General for Political Affairs, assured CAR Prime Minister Nicolas Tiangaye yesterday of continued support for implementation of the Libreville Accords signed with a rebel coalition that ousted his Government from the CAR capital, Bangui, on 24 March, according to a UN spokesperson.

Since the Séléka rebel coalition launched an offensive in December, 1.2 million people have been cut off from essential services and human rights violations have been widespread.

At least 4.1 million people, almost half of whom are children, have been directly affected by the crisis and more than 37,000 people have fled the country in the past four months due to the violence.

The Libreville Agreements were signed on 11 of January in Gabon, and call for the establishment of National Transitional Council that would elect a transitional government. The rebels have claimed that the Government is not complying with its obligations under the accord.

According to the spokesperson, Mr. Feltman underscored Secretary-General Ban Ki-moon’s deep concern over the alarming situation regarding security and human rights in the country and the lack of public order and the rule of law.

He welcomed the Prime Minister’s public condemnation of violence and looting and urged him to exercise his leadership in helping to restore calm through the country.

Last week, Mr. Ban welcomed regional efforts and called on the Economic Community of Central African States (ECCAS) and the African Union (AU) to take urgent measures to address the gravity of the security situation with the assistance of the international community.