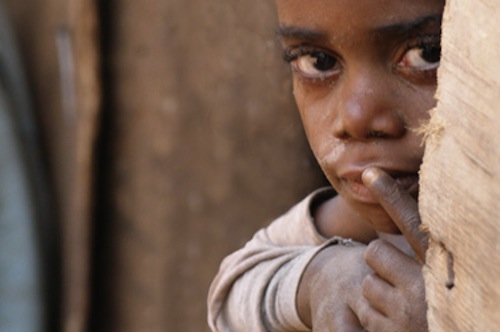 A top United Nations official expressed disappointment after new reports of child recruitment by armed groups in the Central African Republic (CAR) that had previously made commitments to stop this practice.

According to the office of the Secretary-General’s Special Representative for Children and Armed Conflict, Leila Zerrougui, armed groups that are part of an alliance of rebel groups known as ‘Séléka’, including the Convention des patriotes pour la justice et la paix (CPJP) and the Union des forces démocratiques pour le rassemblement (UFDR), have been re-recruiting children to their ranks in recent days.

“The reports of child recruitment are a flagrant violation of commitments made by the CPJP and UFDR and must stop now,” Ms. Zerrougui said.

In November 2011, the CPJP signed an action plan with the UN to end the recruitment and use of children in line with Security Council resolution 1612. For its part, the UFDR had committed to releasing children in its ranks to the UN in 2007 and 2011.

The latest reports follow a separate breach of the CPJP Action Plan, when the armed group refused to release two girls in an incident in Aigbando on 7 December.

“The same actors have been violating child rights with impunity for too long. We will continue to monitor the situation and if no progress is made, we will engage the Security Council on this matter,” Ms. Zerrougui said.

According to the UN Children’s Fund (UNICEF), even before the latest round of violence in CAR erupted in December last year, about 2,500 children – both girls and boys – were associated with multiple armed groups, including self-defence groups, in CAR.

Ms. Zerrougui also expressed concern about the Government’s commitment to protect children after security forces broke into a reception centre for children in the capital, Bangui, last month and detained 64 former child soldiers alleging that they were rebels. The children were subsequently released and placed in a transit centre. However, they did not receive protection and their security continues to be at risk.

Separately, the Government has reportedly called on youth in Bangui to mobilize and arm themselves to counter the armed groups alongside militias.

“These developments are unacceptable,” Ms. Zerrougui stated. “Child recruitment is a grave violation. Children separated from armed forces and groups are victims, not perpetrators, and have to be treated as such. Going forward, I urge the Government to take its responsibility to protect children seriously, and to refrain from inciting violence.”