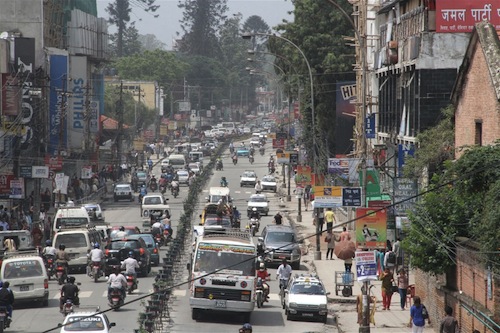 United Nations Secretary-General Ban Ki-moon is deeply concerned about the continuing political deadlock in Nepal, according to his spokesperson.

“He urges the country’s political parties to set aside differences in the interest of the nation and form a broad-based government without further delay,” the spokesperson added in a statement issued on Friday night. “He also encourages the main stakeholders to create a conducive environment for the next elections.”

The Asian nation’s political leaders have reportedly failed to nominate over the past three weeks a prime ministerial candidate, who would lead a new government that would be responsible for holding Constituent Assembly elections.

The South Asian country has been plagued by political disputes since a civil war between Government forces and Maoists formally ended in 2007 and the monarchy was abolished.

There have been important achievements in the peace process to date, including the completion of the discharge and integration process of the ex-Maoist army, the successful and largely peaceful elections in 2008, the removal of all minefields, and a smooth transition to a Republic.

However, challenges have included a missed 27 May deadline for a new Constitution and the dissolution of the Constituent Assembly that followed.

Ban’s spokesperson said that the Secretary-General urges all actors in Nepal to “reaffirm their commitment to the Comprehensive Peace Agreements and to safeguard the achievements of the past several years in line with the aspirations of the Nepali people.”