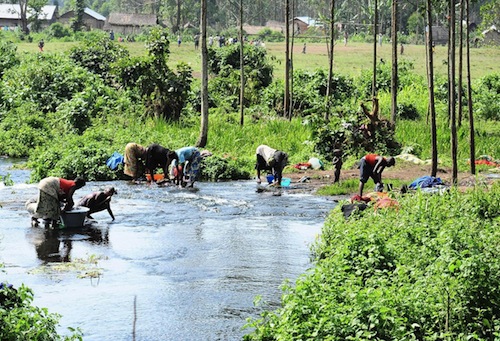 The United Nations peacekeeping operation in the Democratic Republic of the Congo (DRC) is sheltering some 400 people in what remains a tense situation following fighting between national troops and an armed group, a spokesperson for the world body said.

At least one civilian was killed and nine other people injured, MONUSCO reported, including one of its peacekeepers, who was shot in the arm and remains in stable condition.

The sheltering of civilians at its base in Kitchanga falls within the Mission’s mandated role to protect civilians, defend human rights and support provisions of humanitarian aid.

The M23 rebels are former DRC army troops who mutinied in April 2012, and named themselves after a 23 March 2009 peace agreement that they reportedly say has not been implemented.

A decision is expected after Secretary-General Ban Ki-moon briefs the Council next week on recent developments related to the DRC, including the signing of a UN-backed peace framework on 24 February whereby regional countries honour DRC’s sovereignty, and work in support of its stabilization.