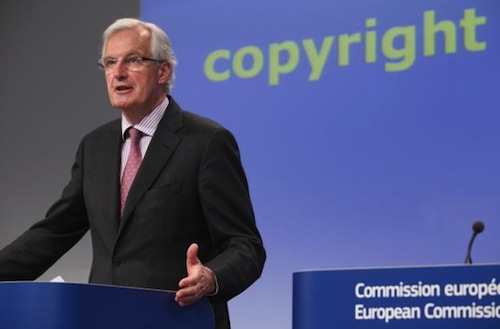 The European Commission has today proposed measures to modernise collecting societies and put in place incentives to promote their transparency and efficiency.

New digital technologies are opening up great opportunities for creators, consumers and businesses alike. Increased demand for online access to cultural content (e.g. music, films, books) does not recognise borders or national restrictions. Neither do the online services used to access them. This is where collecting societies come into play, in particular in the music sector, where they collectively manage the licensing of copyright-protected music tracks for online use on behalf of composers and lyricists and collect and redistribute to them corresponding royalties.

However, some collecting societies struggle to adapt to the requirements of the management of rights for online use of musical works, in particular in a cross-border context. As a result of today’s proposal, those collecting societies willing to engage in the multi-territorial licensing of their repertoire would therefore have to comply with European standards. This would make it easier for service providers to obtain the necessary licences for music to be distributed online across the EU and to ensure that revenue is correctly collected and fairly distributed to composers and lyricists.

More generally, collecting societies operating in all sectors would have to comply with new European standards providing for improved governance and greater transparency in the conduct of their activities. The need for a change of certain practices was highlighted by recent cases where royalties collected on behalf of rightholders were lost due to poor investment policies, but also by evidence of long-delayed payments of royalties to rightholders.

Commissioner for Internal Market and Services Michel Barnier said: “We need a European digital Single Market that works for creators, consumers and service providers. More efficient collecting societies would make it easier for service providers to roll out new services available across borders – something that serves both European consumers and cultural diversity.” He added “More generally, all collecting societies should ensure that creators are rewarded more quickly for their work and must operate with full transparency. This is paramount to sustaining investment in creativity and innovation which will in turn lead to additional growth and increased competitiveness.”

Today’s proposal pursues two complementary objectives: To promote greater transparency and improved governance of collecting societies through strengthened reporting obligations and rightholders’ control over their activities, so as to create incentives for more innovative and better quality services. Building upon this – and more specifically – to encourage and facilitate multi-territorial and multi-repertoire licensing of authors’ rights in musical works for online uses in the EU/EEA.

- Rightholders would have a direct say in the management of their rights, be remunerated more quickly and their ability to choose the most efficient collecting society for their purposes would be enshrined in law. This would bring about better protection of rightholders’ interests, as well as increased access to cultural content for consumers.

- The multi-territorial licensing of authors’ rights for the use of music on the Internet across borders would be facilitated but also subjected to the demonstration of the technical capacity to perform this task efficiently. This would benefit authors, internet service providers and citizens alike.