Posted on: July 23rd, 2012 by AlYunaniya Staff No Comments 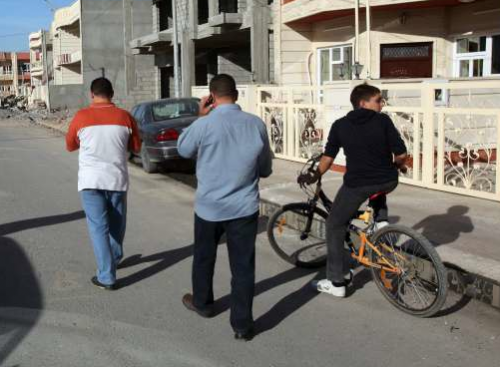 A series of attacks in Baghdad and north of the capital have left at least 91 people dead in Iraq’s deadliest attacks.

In Monday’s deadliest attack, a string of roadside bombs and a car bomb, followed by a suicide attack targeting emergency responders, in the town of Taji killed at least 42 people and wounded 40 others, according to two medical officials, according to Al Arabiya.

In Baghdad, car bombs targeted an interior ministry office that issues government ID cards to residents of the city’s mainly Shia Sadr City neighbourhood. At least 16 people were killed in that attack, according to Al Jazeera.

Two other explosions in the Baghdad neighborhoods of Husseiniyah and , while a car bomb in the town of Tarmiyah, just north of Baghdad, hurt nine people, officials said.

The attacks came a day after a spate of bombings across Iraq killed at least 17 people and wounded nearly 100 others, Al Arabiya reported.

Monday’s toll was the highest since June 13 when 84 people were killed. Unitl now nobody has claimed responsibility for the attack, but Al-Qaeda’s front group in Iraq has warned in recent days that it seeks to retake territory in the country.   Al-Qaeda in Iraq is regarded by Iraqi officials as significantly weaker than at the peak of its strength in 2006 and 2007, but it is still capable of launching spectacular mass-casualty attacks.