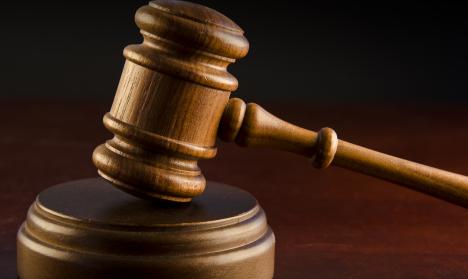 The Gulf Centre for Human Rights (GCHR), the International Federation for Human Rights (FIDH), the Arab Network for Human Rights Information (ANHRI) and the Cairo Institute for Human Rights Studies (CIHRS) sent an observation mission to the United Arab Emirates (UAE) to monitor the trial of 94 activists, including human rights defenders, (collectively known as the UAE 94) held at the Supreme Federal Court in Abu Dhabi.

The defendants include two prominent human rights lawyers, Dr. Mohammed Al-Roken and Dr. Mohammed Al-Mansoori. The proceedings began on an inauspicious note on 4 March after international trial observers were banned from attending the trial. Other observers, including those representing Amnesty International, were barred from entering the country at all.

“It has become apparent that the proceedings are being conducted in flagrant disregard of accepted international standards for a fair trial, and amid repeated and credible allegations of mistreatment and torture of defendants,” ANHRI said.

“The UAE 94 were arrested following a broader crackdown on freedom of expression and opinion that took place over the 12 months preceding the trial. Among the defendants are members of Al-Islah (the Reform and Social Guidance Association), a non-violent movement advocating for political reforms. Others are civil society activists including jurists, professors of law, practising lawyers and human rights defenders. The charges are categorised as state security offences. The rulings of the Federal Supreme Court are final, depriving the defendants from their right to appeal the final verdict, in a clear violation to international standards.”

The observer from GCHR, FIDH, ANHRI and CIHRS was British lawyer Melanie Gingell, who attempted to observe the trial on 4 and 11 March, ANHRI added, while other observers from many different countries and backgrounds, including jurists from Turkey, Norway, Switzerland and the United States also travelled to the UAE aiming to observe these hearings.

“The authorities confronted them with procedures that they claimed were necessary to gain access to the hearings, supposedly open to the public. All these procedures were complied with, with the observers supplying copies of passports, passport photographs, and documentation in Arabic. Nonetheless, access was denied to the hearing on 4 March as well as on 11 March. All routes leading to the court were subject to police roadblocks. Observers who tried to approach the area on foot were stopped and their passports examined before they were ejected from the area. There were also signs that the hotel rooms of the observers were searched while they were elsewhere following the procedures the authorities had laid down,” the rights group stated.

It aslo said that relatives who had gained access to the trial, interviewed by the observers after the hearings, were shocked and distressed by the physical presentation of the defendants as some were unsteady on their feet, needing support to stand.

“The blanket ban on all international observers leads the organisers of the mission to believe that the UAE authorities did not want the physical condition of the detainees to be seen, for fear it would have supported the torture allegations. The organisations consider as particularly preoccupying that the government of the UAE, after ratifying the United Nations Convention Against Torture (CAT) in July 2012 and taking up its seat on the United Nations Human Rights Council in January 2013, now finds itself having to conceal events in its Supreme Court and facing credible and very serious allegations of torture,” ANHRI said.

The trial is ongoing and at the most recent hearing over two days on 18 and 19 March, the Court heard the prosecution witnesses, mainly experts of the criminal investigation department who have been requested to examine different equipment and devices of the detainees (laptops, phones, memories, SIM cards, etc) in order to try to establish relations between the defendants and the Muslim Brotherhood movement.