Posted on: January 9th, 2013 by Tina Michalitsis No Comments 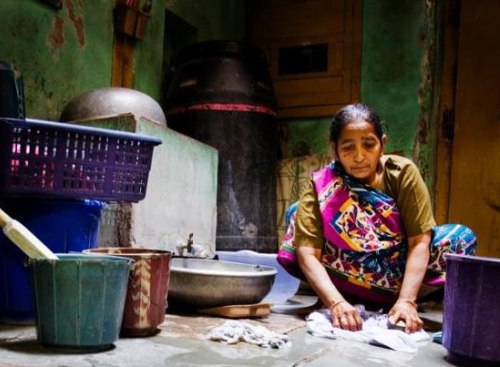 Millions of domestic workers around the world are not protected under general labour laws and are highly vulnerable to exploitation, says a United Nations report released today, which calls on countries to extend social protection to them.

“Domestic workers are frequently expected to work longer hours than other workers and in many countries do not have the same rights to weekly rest that are enjoyed by other workers,” said the Deputy Director-General of the UN International Labour Organization (ILO), Sandra Polaski.

“Combined with the lack of rights, the extreme dependency on an employer and the isolated and unprotected nature of domestic work can render them vulnerable to exploitation and abuse,” she added.

According to the ILO report, Domestic workers across the world, more than 52 million people worldwide are employed as domestic workers. While a substantial number are men working as gardeners, drivers or butlers, 80 per cent of them are women.

Of the 52 million domestic workers, only 10 per cent are covered by labour laws to the same extent as other workers, and more than one quarter are completely excluded from national labor legislation.

This disparity in conditions translates in longer, more unpredictable working hours with no appropriate remuneration for domestic workers, rendering them highly vulnerable economically, as well as affecting their health.

The report states that more than half of all domestic workers have no limitation on their weekly normal hours of work and about 45 per cent have no entitlement to weekly rest periods or paid annual leave. In countries such as Qatar, Namibia, Tanzania and Saudi Arabia, the average hours of domestic workers range from 60 to 65 per week, largely surpassing the statutory limits set by virtually all countries of 40 to 48 hours per week.

“Long working hours, night working and patterns of shift work that involve an irregular distribution of working hours are among the factors that have the greatest negative effects on workers’ health,” said an ILO domestic work specialist, Amelita King-Dejardin. “They carry especially important risks for women during and after pregnancy and for young workers.”

Long working hours are especially common among live-in workers – many of whom are migrants – who are expected to be available at all times of the night, the report notes. Many migrant workers also lack knowledge of the local language and laws, which makes them especially vulnerable to abusive practices, such as physical and sexual violence, psychological abuse, non-payment of wages, debt bondage and abusive living and working conditions.

“The large disparities between wages and working conditions of domestic workers compared to other workers in the same country underline the need for action at the national level by governments, employers and workers to improve the working lives of these vulnerable but hard-working individuals,” said Polaski.

The report’s findings are intended to act as a benchmark against which progress in extending legal protection for domestic workers will be measured. It also calls for joint actions taken at a national level by governments, trade unions, employers and domestic workers’ organizations to bring about reform in legislation as well as in practice.

Domestic workers across the world follows the adoption in June 2011 of a new ILO Convention and Recommendation on domestic work which sets a standard for equal treatment between domestic and general workers in relation to working hours, rest periods and annual leave.

The Convention will come into force in September this year. So far, it has been ratified only by three countries: Mauritius, Uruguay and the Philippines.