Posted on: May 3rd, 2013 by AlYunaniya Staff No Comments 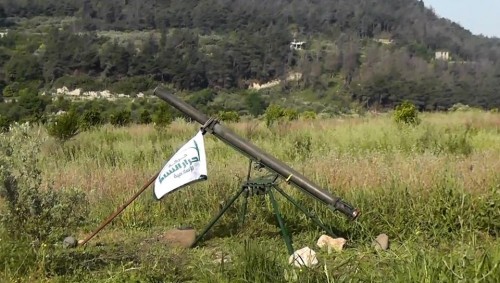 Government forces and pro-regime gunmen known as shabiha stormed the coastal village of al-Baida, a city outside the village of Banias killing between 50 and 100 people including women and children, Syrian opposition activists said on Thursday.

The Syrian Observatory for Human Rights, a watchdog which relies on activists and medics on the ground for its information said that some reports indicate that more than 50 people were killed, including women and children while other reports put the toll to more than 100.

“There are reports of summary executions being committed by regime forces and pro-regime gunmen in Banias area, ” SOHR said.

“There are tens of villagers who have gone missing. Several houses were burnt and destroyed,” it added.

State media said regime forces “killed terrorists in Baida and the village of Mirqab, as well as in the district of Ras al-Nabah,” in Banias.

The SOHR said the violence in al Baida was “the first of its kind in the Banias area”, since the uprising began and that the army had cut off all communications with al-Baida.

“We strongly urge the Red Cross and legal organisations to head to al-Bayda village to document and verify the level of death and destruction caused,” SOHR said.

“Violence in the Banias area is extremely worrying since its demographics easily lead to sectarian communal violence,” it added.

Banias, along with Daraa in the south, saw some of the first demonstrations against the regime in March 2011.

The region’s three main coastal cities of Banias, Latakia and Tartus and their surrounding areas which are referred to as “Alawite heartland” where analysts predict that Assad could seek protection if his regime falls.

The report of violence in al-Baida came as Chuck Hagel, US defence secretary, said arming the Syrian rebels was now a possibility.