Posted on: January 4th, 2013 by AlYunaniya Staff No Comments

Ecotourism key in the fight for poverty eradication and environment protection 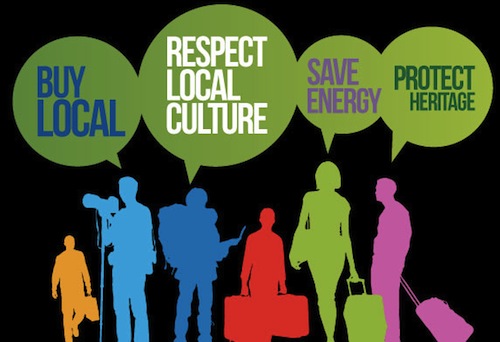 The United Nations tourism agency welcomed the General Assembly’s adoption of a resolution late last year which recognized ecotourism as key in the fight against poverty, the protection of the environment and the promotion of sustainable development.

“UNWTO welcomes the adoption of this resolution on the importance of ecotourism,” said the Secretary-General of the UN World Tourism Organization (UNWTO), Taleb Rifai, in a news release.

“The remarkable support that the resolution has received, from all regions and across the development spectrum, is a clear testimony that sustainable tourism has a vital role to play in a fairer and sustainable future for all,” he added.

The resolution, adopted on 21 December and entitled ‘Promotion of ecotourism for poverty eradication and environment protection,’ calls on UN Member States to adopt policies that promote ecotourism, highlighting its “positive impact on income generation, job creation and education, and thus on the fight against poverty and hunger.”

It further recognizes that “ecotourism creates significant opportunities for the conservation, protection and sustainable use of biodiversity and of natural areas by encouraging local and indigenous communities in host countries and tourists alike to preserve and respect the natural and cultural heritage.”

According to UNWTO, the resolution – facilitated by Morocco and sponsored by a record 105 delegations – draws on the recommendations contained in one of its reports, put together on the basis of responses from 48 Member States, “which, in a notable departure from its normal practice, was welcomed by the UN General Assembly.”

In line with the UNWTO report’s recommendations, the resolution underscores the need for national tourism plans to account for market demand and local competitive advantages.

It also encourages Member States to promote investment in ecotourism, in accordance with their national legislation, including creating small and medium-sized enterprises, promoting cooperatives and facilitating access to finance through inclusive financial services such as microcredit initiatives for the poor, local and indigenous communities, in areas of ecotourism potential and rural areas.

UNWTO added that the resolution builds on a 2010 resolution on the same subject, and reflects developments since then – namely, the inclusion of tourism in the outcome document of the UN Conference on Sustainable Development (Rio+20), held in Brazil in mid-2012, and the results of the 11th meeting of the Conference of the Parties to the Convention on Biodiversity.

Held in the Indian city of Hyderabad, the 11th meeting of the Conference of the Parties to the Convention on Biodiversity unveiled a strategy to combat unprecedented levels of biodiversity loss and called for “significant” increases in biodiversity investments in 100 countries – while at the same time aiming to foster economic growth and create jobs in addition to protecting endangered species and habitats.

“The resolution keeps ecotourism clearly on the agenda of the United Nations as it requires UNWTO to submit a follow up report to the sixty-ninth session of the UN General Assembly in 2014,” UNWTO added.

Last year, the UNWTO said that despite global economic uncertainty, international tourism continued to grow in 2012, with the estimated number of tourists travelling that year reaching a record one billion.

Tourism accounted for nine per cent of global gross domestic product when totalling its direct, indirect and induced impact, according to the agency, which also noted that one in every 12 jobs and up to eight per cent of the total exports of the world’s UN-designated Least Developed Countries (LDCs) depend on tourism.