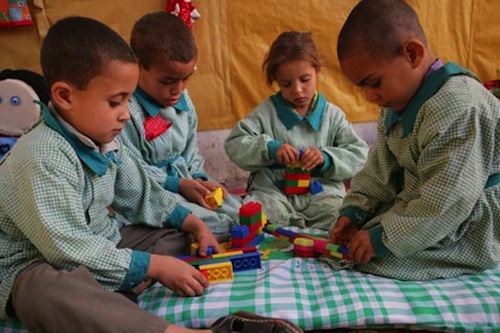 The United Nations Children’s Fund (UNICEF) has voiced deep concern at reports that children have been killed or injured during the recent violent confrontations in Egypt.

“Disturbing images of children taken during street protests indicate that, on some occasions, children have been deliberately used and put at risk as potential witnesses to or victims of violence,” Philippe Duamelle, UNICEF Representative in Egypt, said in a statement.

“Such actions can have a long-lasting and devastating physical and psychological impact on children,” he noted.

“We call on all Egyptians and political groups not to exploit children for political ends, and to protect them from any potential harm.”

The crisis in the country escalated earlier this month, resulting in the Egyptian military deposing President Mohamed Morsy amid widespread protests in which dozens of people were killed and wounded. The Constitution was then suspended and an interim Government set up.

Amid the political unrest in Egypt, Secretary-General Ban Ki-moon and the UN High Commissioner for Human Rights, Navi Pillay, have repeatedly called on authorities to ensure respect for the rule of law and international human rights standards.

They have also supported the right of all Egyptians to hold peaceful protests, while also urging all sides to act with maximum restraint.