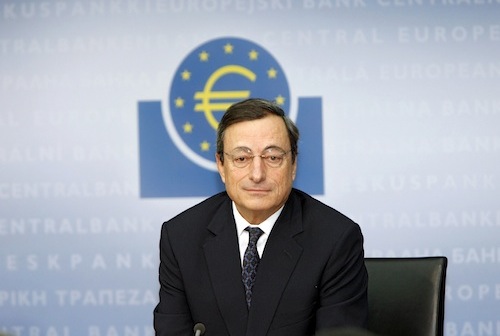 “Structural factors have changed the context within which the European social model operates: the growing competition from emerging countries, the reorganisation of production processes on a global basis, the speed of innovation, the increasing fragmentation of career paths with ever looser ties to a “permanent position”, the greater instability of families, declining fertility, the prospective decrease in the workforce, an ageing population. The set of risks faced by individuals throughout their life has changed significantly.

The social protection systems are therefore constantly evolving; substantial corrections have taken place in recent years in many countries, including France, the United Kingdom and Germany, the country where the reform process began a decade ago. In Italy, the recent pension reform which approves the full transition to a contribution system completes the necessary correction of the pension spending dynamics which was started years ago. As Germany shows very well, large and effective welfare systems can be made more efficient without compromising social goals.

We are living at a critical juncture in the history of the Union. The sovereign debt crisis has exposed serious weaknesses in the institutional framework; in this context, the difficulties in finding common solutions are having a negative impact on market valuations. The extraordinary measures taken by the ECB have gained us time; they have preserved the functioning of monetary policy.

But we have now reached a point where European integration, in order to survive, needs a bold leap of political imagination. It is in this sense that I have referred to the need for a “growth compact” alongside the well-known “fiscal compact”.

A growth compact rests on three pillars and the most important one, from a structural viewpoint, is political: the economic and financial crisis has challenged the myopic belief that monetary union could remain just that, and not evolve into something closer, more binding, into an arrangement whereby national sovereignty on economic policy is replaced by the Community ruling. If the governments of the Member States of the euro define jointly and irrevocably their vision of what the political and economic construct that supports the single currency will be and what the conditions to reach that goal together should be. This is the most effective answer to the question everyone is asking: “Where will the euro be in ten years’ time?”.

The second pillar is that of structural reforms, especially, but not only, in the product and labour markets. The completion of the single market and the strengthening of competition are crucial for growth and employment. Labour market reforms that combine flexibility and mobility with a sense of fairness and social inclusion are essential.

Growth and fairness are closely connected: without growth, and the events of recent months also reflect this, the temptation to “circle our wagons” gains strength, and solidarity weakens. Without fairness, the economy breaks up into multiple interest groups, no common good emerges as a result of social and economic interaction, and there are negative effects on the capacity to grow.

These reforms have long been indispensable in a global economy very different to the one which witnessed the creation of the institutions still operating today. In the political structure that will emerge from the crisis it is likely and desirable that for these reforms a system of European rules will be introduced similar to that for the fiscal compact, a discipline leading over time to the European harmonisation of objectives and tools.

The third pillar is the revival of public investment: the use of public resources to push forward investment in infrastructure and human capital, research and innovation at national and European levels. (The proposed strengthening of the EIB and the reprogramming of Union structural funds in favour of less-developed areas go in this direction).

Thus, a growth compact complements the fiscal compact, because there can be no sustainable growth without orderly public finances. In this regard I have noted on other occasions the extraordinary progress made by all governments of the euro area in terms of fiscal consolidation, but, once the emergency is overcome, they need to make improvements by cutting current spending and taxation.”