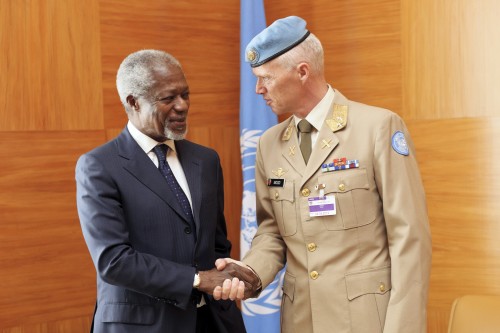 More than 20 people were  killed in the massive explosions that have shaken the city of Idlib. The explosions targeted security centers, while the majority of the killed people are members of the security forces, according to the Syrian observatory for Human Rights.

The death toll of civilians killed today has risen to 28, the same source reports, with 14 people killed in Hama most of which were killed in random gunfire by the Syrian  forces.

The Local Co-ordination Committees (LCC), confirmed that it had received reports of several “suspicious explosions” earlier in the morning in Damascus “in or near several government buildings, including the official state media and television office; a security centre in Rukneddine; and the Central Bank building in Sabaa Bahrat Square”,  AlJazeera reported citing the opposition group.

On the other hand, Syria’s state-run news agency reported that monday’s explosions  killed at least eight people amongst them civilians and security forces, blaming “armed gangs” for the attacks.

Meanwhile, The Norwegian General Robert Mood head of the UN mission to Syria charged with overseeing the shaky U.N.-backed ceasefire in Syria, arrived in Damascus on Sunday in the country promising it would “rapidly” reach its planned strength of 300 monitors.

The head of the UN observer mission to Syria has warned that even 1,000 unarmed observers could not end the violence in the country on their own. General Robert Mood urged all sides to halt fighting and said peace must be a joint effort.

30 observers will follow General Mood in the coming days, increasing the size of the mission. The UN has approved up to 300.