Posted on: February 15th, 2013 by AlYunaniya Staff No Comments

Global call to end violence against women and girls 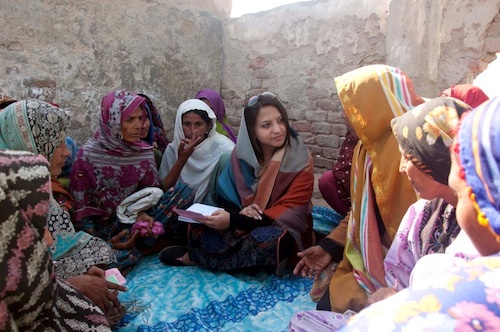 United Nations officials joined millions of people around the world who are taking a stance against violence against women as part of the ‘One Billion Rising’ campaign.

“The global pandemic of violence against women and girls thrives in a culture of discrimination and impunity,” Secretary-General Ban Ki-moon said in a message for the occasion. “We must speak out.”

The One Billion Rising campaign, sponsored by the V-day Organization, seeks to mobilize men and women around the world on Valentine’s Day – observed annually in various countries on 14 February – to raise their voices to stop violence against women and girls, including rape, battery, incest, female genital mutilation (FGM), and sex slavery. Dances, protests and panel discussions are being held around the world to mark the event.Each of us has to do our part. Men must respect women as equals and show solidarity with women combating this scourge of violence. All of society will benefit when men and women unite and rise together.

Ban said must be “more than a day of advocacy” and must trigger action. “On this special day, I urge all governments to send us a Valentine message: a concrete commitment of action to end violence against women and girls,” he said in his message, delivered by Deputy Secretary-General Jan Eliasson at an event held at UN Headquarters in New York along with the UNiTE to End Violence against Women campaign and V-Day.

He added that in less than three weeks, States will have the chance to address this cause at the meeting of the UN Commission on the Status of Women. So far, 18 countries have pledged to contribute new initiatives to stop gender-based violence as part of the COMMIT campaign organized by the UN Entity for Gender Equality and the Empowerment of Women (UN Women).

“By standing together we can end violence against women and girls and build a world where all live free from harassment and fear,” Ban said. “This will have benefits that reverberate far beyond the affected individuals as they become empowered to help create a better world.”

Adding a few remarks of his own, Eliasson underlined that women are disproportionately the victims of attacks but many times are left out of decision-making processes to respond to gender violence.

“Women bleed and hurt and struggle. We should acknowledge the special qualities that women can bring to our collective fight against violence,” he said.

“Each of us has to do our part. Men must respect women as equals and show solidarity with women combating this scourge of violence. All of society will benefit when men and women unite and rise together.”