Posted on: December 19th, 2012 by AlYunaniya Staff No Comments 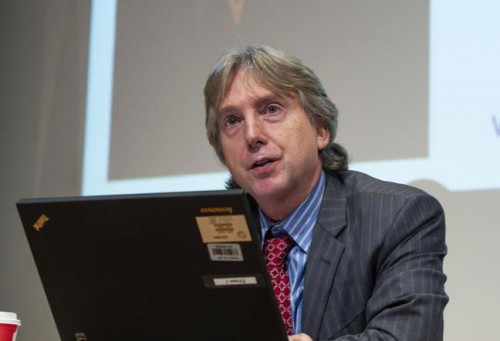 World economic growth has weakened considerably during 2012 and is expected to remain subdued in the coming two years, says a new United Nations report, which calls for policy changes to spur growth and tackle the jobs crisis.

The World Economic Situation and Prospects 2013, the first chapter of which was published today by the UN Department of Economic and Social Affairs (DESA), states that the global economy is expected to grow at 2.4 per cent in 2013 and 3.2 per cent in 2014 – a significant downgrade from the UN’s forecast of half a year ago.

“This pace of growth will be far from sufficient to overcome the continued jobs crisis that many countries are still facing,” said a news release on the report. “With existing policies and growth trends, it may take at least another five years for Europe and the United States to make up for the job losses caused by the Great Recession of 2008-2009.”

Noting that weaknesses in the major developed economies are at the root of the global economic slowdown, the report stresses that most of them, but particularly those in Europe, are trapped in a “vicious cycle of high unemployment, financial sector fragility, heightened sovereign risks, fiscal austerity and low growth.”

Several European economies and the euro zone as a whole are already in recession, and euro zone unemployment increased further to a record high of almost 12 per cent this year. Also, the US economy slowed significantly during 2012 and growth is expected to remain “meagre” at 1.7 per cent in 2013. Deflationary conditions continue to prevail in Japan.

The economic woes in Europe, Japan and the US are spilling over to developing countries through weaker demand for their exports and heightened volatility in capital flows and commodity prices.

“A worsening of the euro area crisis, the ‘fiscal cliff’ in the United States and a hard landing in China could cause a new global recession. Each of these risks could cause global output losses of between 1 and 3 per cent,” warned Rob Vos, Director of DESA’s Development Policy and Analysis Division and team leader for the report.

Stating that present policies fall short of what is needed, the report calls for changing course in fiscal policy and a shift in focus from short-term consolidation to robust economic growth with medium to long-term fiscal sustainability.

It also recommends avoiding premature fiscal austerity, while noting that the reorientation of fiscal policies should be coordinated globally and aligned with structural policies that support direct job creation and green growth. In addition, it recommends that monetary policies be better coordinated globally and regulatory reforms of financial sectors be accelerated to stem exchange rate and capital flow volatility, which pose risks to the economic prospects of developing countries.