Greece passes omnibus bill; 2000 civil servants to lose job by end of May 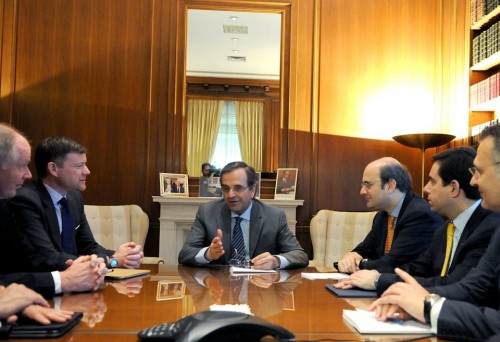 The Greek parliament passed on Sunday a bill that will see 2,000 civil servants lose their jobs by the end of May as a condition to receive about 8.8bn euros of rescue loans from the European Union and the International Monetary Fund.

The omnibus bill was passed by 168-123 vote on Sunday night, with the support of the three parties comprising Greece’s ruling coalition.

The measures in the bill had been settled with the troika earlier this month. Greece had to adopt them to qualify to receive its next tranche of loans worth 8.8bn euros.

The legislation included other reforms, such as the number of installments debtors to the state will have to pay the tax and social security contributions they owed, according to eKathimerini.

Eurozone officials will now meet on Monday to approve the release of 2.8bn euros, Finance Minister Yannis Stournaras said, according to Reuters news agency. Eurozone finance ministers will then meet on May 13 to release a further 6bn euro installment, he added.

Although the number of public sector employees has fallen steadily since the start of the crisis, this is the first time that the government will directly dismiss bureaucrats, eKathimerini writes. They will, however, be replaced by new hires.

Greeks protested in front of the parliament against the government’s plan to lay off thousands of public-sector workers in advance of the voting.