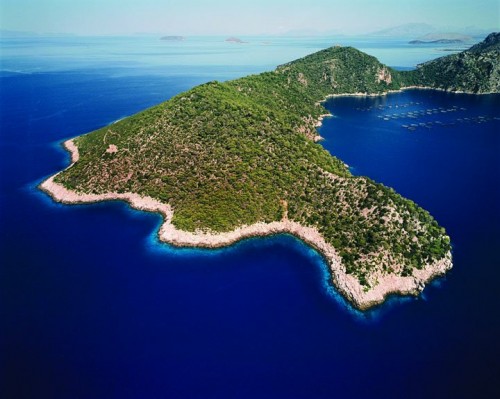 A member of the royal family of Qatar has bought, according to reports, the private Greek island of Oxia at a bargain deal, less than five million euros.

The  island of Oxia, located in the Ionian Sea, was for sale for 6.9 million euros, but the imposition of rising property taxes led to a greatly reduced price.

According to the newspaper Kathimerini, the sale of private Greek islands has remained stagnant for three years, but the introduction of higher taxes has led owners  to cut prices in order to “escape” from their tax obligations.

World’s most powerful monetary institutions, including the IMF, are pressuring Greece to privatise its islands in order to reduce its sovereign debts.

According to Vladi Private Islands, the uninhabited island of Oxia is easily accessible and ideal for development in some of the 1,236 acres.

It does not reveal whether the Emir of Qatar, Sheikh Hamad bin Khalifa Al Thani, personally bought the Greek island or whether it was a family member.