Humanitarian needs growing for thousands of displaced people in Myanmar 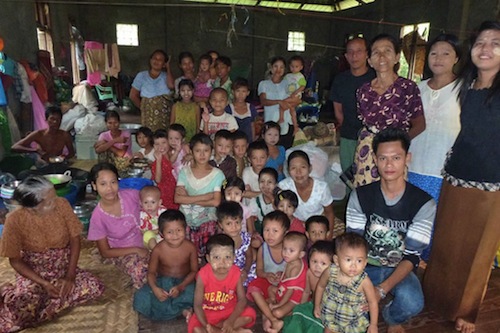 A United Nations senior official warned that the humanitarian needs faced by over half a million internally displaced persons (IDPs) in Myanmar are rapidly growing, and called on the Government to give access to aid agencies to provide assistance in all areas of the country.

“This is a time of unprecedented change in Myanmar,” said the Director of Operations for the UN Office for the Coordination of Humanitarian Affairs (OCHA), John Ging, in a news release, at the end of four-day mission to the Asian nation.

“On the one hand, we see significant progress resulting from the democratization, peace building and economic development processes, while on the other hand, conflict and communal tensions have the potential to undermine stability and generate significant humanitarian needs,” he added.

Despite Government efforts to achieve peace throughout the country, according to OCHA, conflict continues in the northern state of Kachin, while recent ethnic tensions in the western state of Rakhine – between Buddhists and Rohingya Muslims – have left at least a dozen civilians dead and hundreds of homes destroyed, as well as at least 64,000 people displaced.

During his visit, Ging met with senior Government official and welcomed the “generally excellent cooperation” between the authorities and humanitarian agencies. However, he voiced grave concern over 14 staff members from the United Nations and other international organizations who were recently detained, calling for their immediate release and for respect for the rule of law and international conventions.

Ging highlighted that aid agencies are currently denied access to tens of thousands of displaced people in Kachin and Rakhine states, and stressed the urgency for respect for humanitarian principles by all parties in order to allow assistance to reach all people in need in all areas of the country.

“It is vital that people’s immediate humanitarian needs are met, while, at the same time, fundamental issues are addressed to prevent future occurrences of communal conflict,” Mr. Ging said after visiting a camp in Thet Kel Pyin and a monastery in Shwe Zayti – both located in Rakhine state – where he met with displaced people and religious leaders.

“Although the situation is extremely fragile, I was encouraged that community leaders on both sides are rejecting conflict as a way of dealing with their grievances and instead are calling for humanity for all and respect for the rule of law,” he said. “This call must be supported and their needs urgently addressed.”

The OCHA official also encouraged donor support for the $32.5 million sought for the Rakhine Humanitarian Response Plan, and noted that $5 million had been allocated from the UN Central Emergency Response Fund (CERF) to enable support to provide basic services for the most vulnerable in the country.

“We hope that donors will respond quickly and that the Government will quickly outline its medium-term plans to ensure that a situation of aid dependency is not created through isolation and separation of communities from each other and their livelihoods,” Ging said. “What people want is security, their grievances addressed and a normal life.”

Launched in 2006 and managed by OCHA, CERF enables the fast delivery of life-saving assistance to people affected by natural disasters and other crises worldwide. It is funded by voluntary contributions from Member States, non-governmental organizations, regional governments, the private sector and individual donors. Since 2006, nearly a third of the $2.6 billion allocated from the Fund has gone to neglected crises in more than 40 countries.