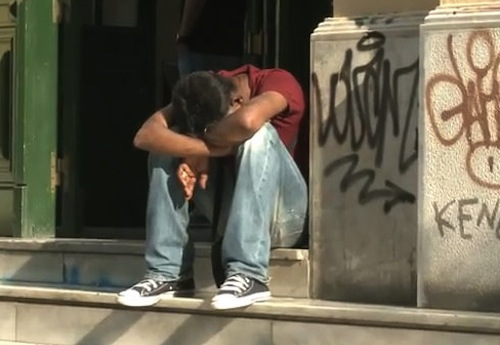 The United Nations labour agency drew attention today to the “precarious” situation of workers in the occupied Palestinian territory, in the wake of a suicide by a young Palestinian who set himself on fire after months of looking for work.

Ihab Abu Nada, a 20-year-old Gazan, died from his injuries after setting himself on fire in a public place on Sunday. According to media reports citing his family, Abu Nada had been frustrated at being unable to find a job, and decided to take his life to protest the conditions in Gaza.

“The situation of workers in Gaza is one of the worst in the region and the world,” said the UN International Labour Organization’s Regional Director for the Arab States, Nada al-Nashif, in a news release.

“Gaza’s growing youth population has a right to better work opportunities and growth with equity,” she added. “They need decent jobs, a minimum of social protection and respect for their basic rights to ensure a life of dignity.”

In a report issued in June this year, ILO warned that the unemployment rate among Palestinians – at 21 per cent – and rising frustration at the stalled Middle East peace process could fuel more desperate measures.

It indicated that future employment is clearly one of the biggest concerns facing Palestinian youth. In 2011, more than 53 per cent of young women and 32.2 per cent of young men aged 15 to 24 were unemployed, with a total of 222,000 jobless people in the occupied Palestinian territory. More than 70 per cent of the population there is under the age of 30.

In Gaza, the unemployment rate is three times the regional average. More than 80 per cent of Gaza’s 1.6 million residents are dependent on international aid, and over 40 per cent live in conditions of poverty.

According to ILO, Mr. Abu Nada had dropped out of school last year to help his father, a civil servant, provide for their family of eight. He found temporary informal work, washing dishes or peddling packets of potato chips in the street.

“Many unskilled young people, like Abu Nada, rely on temporary informal jobs when they can find them. Those who do have university degrees often cannot find jobs that match their skills, forcing many to emigrate,” ILO noted in a news release.

The ILO report in June also called for urgent attention in the form of assistance for vocational training, business development and employment directed at young men and women.