Israel apologizes to Turkey over Mavi Marmara killings; To ease siege on Gaza 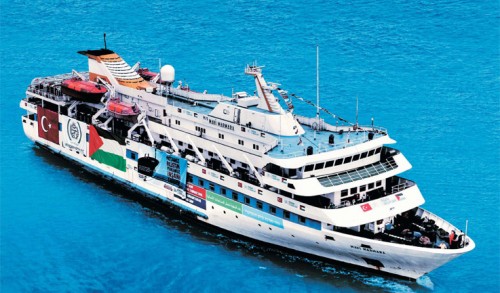 According to a statement by Israel’s foreign affairs ministry, Netanyahu told Erdogan he had just had good conversations with President Obama about regional cooperation and the importance of Israel-Turkey relations and that he regretted the recent deterioration of relations between Israel and Turkey and expressed his commitment to overcoming their differences in order to advance peace and stability in the region.

He made clear that the tragic outcome of the Mavi Marmara incident was not intended by Israel and that Israel regrets the loss of human life and injury.

The Prime Minister expressed Israel’s apology to the Turkish people for any mistakes that might have led to the loss of life or injury and agreed to conclude an agreement on compensation/nonliability.