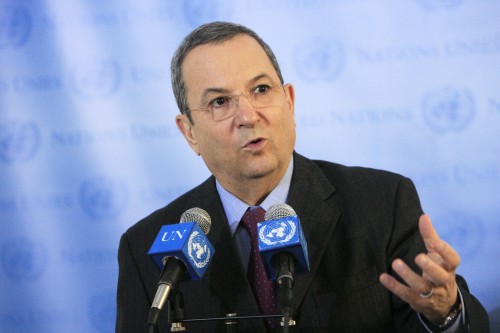 “I have instructed the military to increase its intelligence preparations and prepare what is needed so that … (if necessary) … we will be able to consider carrying out an operation,” Barak said in an interview on Channel 10 TV.

He went on to say that “the moment Syrian President Bashar al-Assad starts to fall we will conduct intelligence monitoring and will liaise with other agencies.”

Meanwhile, on Friday the United Nations Security Council unanimously approved a resolution extending the mandate of its observer mission in Syria for another 30 days.

Despite calls for new sanctions against the Syrian regime under Chapter seven of the UN charter, the Security Council on Thursday failed to adopt the resolution, owing once again to the negative votes of permanent members Russia and China.

Syrian rebels have killed four of Assad’s regime members including his brother-in-law and defense minister in Damascus and seized three border crossings with Iraq and Turkey this week, putting the Syrian leader under greater pressure in the 16-month uprising against his rule.

Meanwhile, activists claim that more than 17000 have been killed according since the unrest began in March 2011. The Syrian government blames the unrest on “armed terrorist gangs”.

Hezbollah is a powerful political party and militant group in Lebanon backed by Iran and Syria. In 2006 it fought a war with Israel in 2006

On Thursday, Barak toured the Golan Heights, a strategic plateau that Israel captured from Syria in the Middle East war in 1967. Israeli defense officials fear that the deteriorating situation in their neighbor to the north, worried it could spill across the frontier. Defense Minister Ehud Barak said Thursday that Israel would stop Syrian refugees from entering the Israeli-controlled Golan Heights if they try to flee there.