Kosovo silent economic turn brings the unemployed back to work 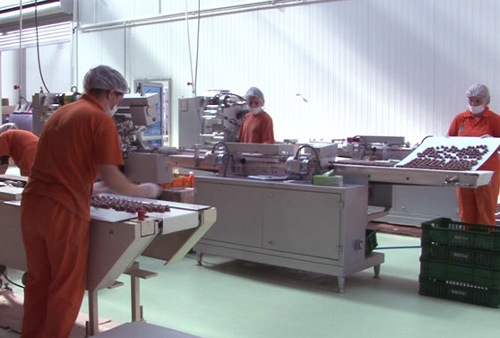 Kosovo’s government has shielded the country from the sharp economic slowdown plaguing the rest of Europe by improving its investment climate and maintaining macroeconomic stability. As a result Kosovo’s economy has grown, and it is fighting the over 40 percent unemployment rate which makes a third of its  population very poor.

Lundrim Aliu, Communications Officer for World Bank Office in Kosovo, reported that the World Bank injected 61 million Euros into Kosovo’s budget, mostly grant money. The Sustainable Employment Development Policy Program (SEDPP) funds were disbursed from the end of 2011 to the middle of 2012, and had a strong effect on many sectors, supporting reforms and improving transparency.

The positive effects are visible, stated Bedri Hamza, Kosovo’s Finance Minister: “First of all, it is important for the macro-fiscal stability of Kosovo, as it involves significant amount of funds. They were distributed among several projects, which will have a long-term effect. he adds. Kosovo has a prosperity and economic growth estimated at around 5% for 2011.”

One of Kosovo bigger constraint in its pursuit of economic growth was Kosovo’s unfavourable investment climate. To remove the barrier, the government has taken steps to speed up and ease business registration. The measure has encouraged private investments, which create jobs and in turn, incomes for families. Twenty-six one-stop-shops for registering businesses have been established in municipalities across Kosovo, where in the past there was only one in the capital.

Reforms making it easier to do business are paying off: in the first 9 months of 2012, new businesses registration has risen by 24 percent if compared to 2011. Moreover, it is now evident that Kosovo’s reform efforts outpaced those of neighbouring countries, according to the Doing Business 2013 report, improving its ranking.

Muhamet Doblibora, the Director of the Kamila chocolate production company, who recently re-registered its business in Prizren, said: “Before, due to bureaucracy there was no will to register the business, today bureaucracy is reduced at a minimum.”

Recently, a glimmer of hope in the form of a public works program was offered to those who have been out of work for a long time. The program offers them a place in the workforce and an income to support their families. The public works program has created 3,500 temporary jobs: 2,000 for poor and long-term unemployed people.

Finally, the recent switch to computer-based records has made it easier for public employment centres to focus their attention on people who want a job.

Hake Gegaj, Employment Advisor says: “We can now very easily check if someone is an active or passive job-seeker.” This move, together with search capabilities, has made employment advisors’ caseloads more manageable.