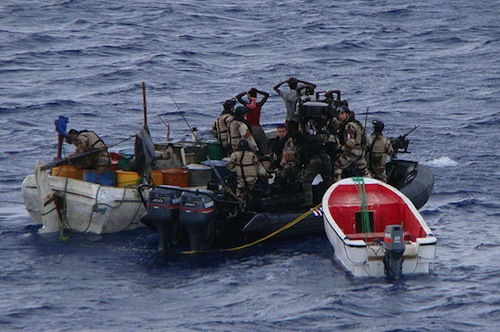 Secretary-General Ban-Ki-moon has welcomed the adoption by a summit of African leaders of a regional strategy against piracy and other illegal maritime activities in West and Central Africa.

“The Secretary-General welcomes the successful conclusion of the Summit of the Gulf of Guinea Heads of State and Government on maritime safety and security, which took place in Yaoundé, Cameroon,” said a statement issued yesterday evening by Ban’s spokesperson.

Ban commended all the participants for their high level of engagement and collective efforts to address and prevent piracy, “which remains a serious threat to the security and economic activities of the affected countries.”

He also welcomed the adoption of the “Code of Conduct concerning the Prevention and Repression of Piracy, Armed Robbery against Ships, and Illegal Maritime Activities in West and Central Africa,” which defines the regional strategy and paves the way for a legally binding instrument.

“He encourages all Member States of the region to sign and implement it, and calls on bilateral, regional and international partners to provide the necessary resources,” the statement said, adding that the United Nations stands ready to continue to support this process, including through the work of the Secretary-General’s Special Representatives for Central and West Africa.

In a statement delivered to the opening meeting of the “milestone” summit, Ban recalled that less than two years ago, the Security Council issued its first-ever resolution on this issue, calling on countries of the Gulf of Guinea to develop a comprehensive response to piracy and armed robbery at sea.

“You have met this challenge head on,” he said, stressing the international community’s collective responsibility to keep the situation from escalating. “We must strengthen our efforts and cooperate even more closely.”