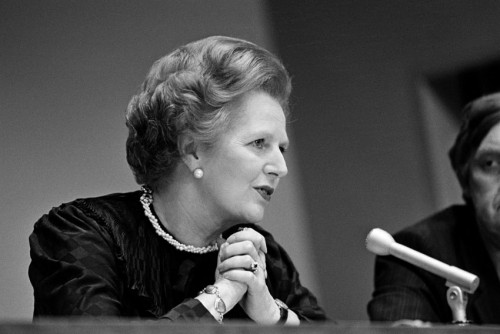 A ‘pioneering leader’ and a ‘great model’ are among the praises Secretary-General Ban Ki-moon bestowed on Margaret Thatcher today following news of the death of former the British prime minister known as the ‘Iron Lady,’ as he expressed his deepest condolences to her family and country.

“We will miss her great leadership. She was a pioneering leader for her contribution to peace and security, particularly at the height of the Cold War,” the Secretary-General told journalists at The Hague.

“She was also a great model as the first woman Prime Minister of the United Kingdom, who not only demonstrated her leadership but has given such great hope for many women for equality, gender equality in Parliament,” Mr. Ban continued.

“We will owe a great deal to her leadership,” he said, adding that Ms. Thatcher’s leadership “will inspire many people around the world for peace and security and human rights.”

In November 1989, Ms. Thatcher addressed the UN General Assembly for the last time in her official capacity as prime minister. She focused her speech on the global environment and the need to preserve air, water and land.

“We know more clearly than ever before that we carry common burdens, face common problems, and must respond with common action,” Ms. Thatcher had said. “It is life itself – human life, the innumerable species of our planet – that we wantonly destroy. It is life itself that we must battle to preserve.”

Britain’s only woman prime minister, led the Conservatives to three election victories, governing from 1979 to 1990, the longest continuous period in office by a British prime minister since the early 19th century, according to Reuters.

According to her spokesperson, Ms. Thatcher suffered a stroke earlier today and died at the age of 87.