Posted on: July 31st, 2013 by AlYunaniya Staff No Comments 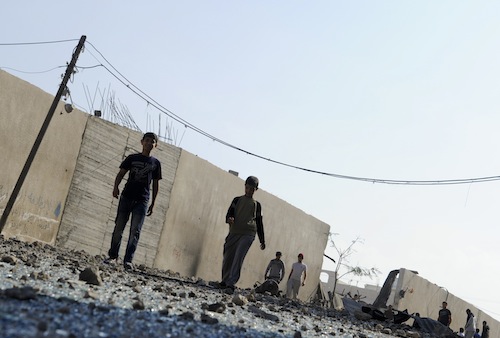 The United Nations and its diplomatic partners in the Middle East Quartet welcomed the resumption of direct talks between Israelis and Palestinians, with senior negotiators from both sides meeting in Washington to begin final status negotiations.

In a statement, the Quartet members – the UN, the European Union, Russia and the United States – welcomed the announcement by US Secretary of State John Kerry that the talks between the two sides resumed in Washington yesterday.

“The Quartet commends both President Abbas and Prime Minister Netanyahu for taking this courageous decision in the interest of their peoples,” the statement said, adding that the group is determined to lend its effective support to the efforts of the parties and their shared commitment to achieve a negotiated two-State solution within the agreed timeframe of nine months.

Further to the statement, the Quartet reiterated its calls on all parties to take every possible step to promote conditions conducive to the success of the negotiating process and to refrain from actions that undermine trust.

“The Quartet expresses its appreciation for the efforts of President Obama and Secretary Kerry in helping the parties reach agreement to resume negotiations,” the statement said, also commending the Arab League for its constructive role in support of renewed negotiations, including its reaffirmation of the Arab Peace Initiative.

The Quartet also recognized many others in the international community for their important contributions, and expressed hope that such efforts will continue.

“While noting that much hard work lies ahead, the Quartet expresses its hope that renewed negotiations will be substantive and continuous and set a clear path towards a two-State solution, the end of conflict, and lasting peace and security for both Israelis and Palestinians,” the diplomatic envoys said, expressing the intention to meet soon to discuss next steps.