Myanmar must do more to stop violence between Muslims, Buddhists – UN 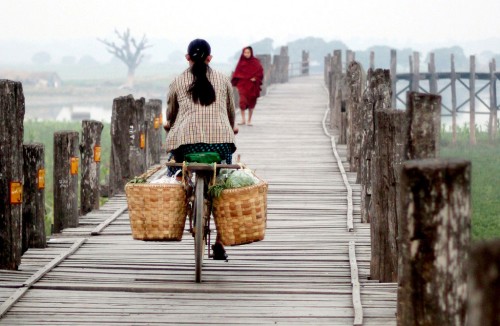 An independent United Nations human rights expert called on the Government of Myanmar to take urgent steps to tackle the prejudice and discrimination fuelling violence and destruction between Muslim and Buddhist communities.

“The Government must take immediate action to stop the violence from spreading to other parts of the country and undermining the reform process,” said the UN Special Rapporteur on the human rights situation in Myanmar, Tomas Ojea Quintana.

He added that those responsible for acts of violence and destruction against religious and ethnic minorities must be held to account.

“Tackling discrimination is fundamental to establishing the rule of law, and impunity for acts of violence and discrimination must no longer be tolerated,” Mr. Quintana said. “The military and police must now be held to account for human rights violations committed against ethnic and religious minorities.”

Fighting last week between communities in the central region of Mandalay displaced 12,000 people and left an unconfirmed number of people dead. A curfew and state of emergency has been imposed in four townships in Mandalay region, as a result. There are reports of violence spreading to Bago and Yangon.

Senior UN officials, including the Secretary-General’s Special Adviser for Myanmar, Vijay Nambiar, have repeatedly urged leaders from different communities to work together to diffuse tensions.

Noting that warning signs have existed since June, Mr. Quintana said “the Government has simply not done enough to address the spread of discrimination and prejudice against Muslim communities across the country” or to tackle the “organized and coordinated mobs” that are inciting hatred and violently attacking Muslim communities.

The Special Rapporteur acknowledged the President’s televised address to the nation earlier today for compassion, tolerance, understanding, and empathy amongst people of all faiths in Myanmar.

He called on other institutions such as Parliament, the Supreme Court and the National Human Rights Commission to play their role in protecting constitutionally guaranteed rights, including freedom of religion, as well as the need to include civil society and political parties to tackle prejudice and discrimination.

Independent experts, or special rapporteurs, are appointed by the Geneva-based UN Human Rights Council to examine and report back, in an unpaid capacity, on specific human rights themes.