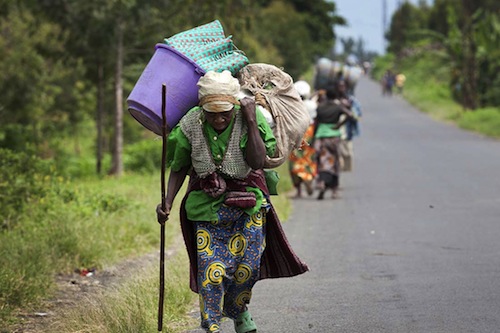 The European Union has just endorsed an initiative worth 25 million euros to combat violence against women in the Democratic Republic of Congo (DRC). Despite more than a decade of joint efforts from the international community and the Congolese Government, such violence remains commonplace. The European Union is very concerned by the continuing gender-based violence in the DRC and has therefore decided to launch a new programme which is innovative and presents a united front.

Andris Piebalgs, Member of the European Commission responsible for Development, is delighted by the launch of this new initiative and states: “This new initiative should make a difference in the lives of women in the DRC. It is unacceptable that so many young girls and women are still victims of violence that goes unpunished and have no access to education. Moreover, any sustainable development is inconceivable without the participation of all stakeholders in our partner countries and we must not forget that women are at the heart of growth in Africa.”

To help with the adoption of a new approach to relations between men and women which hopes to create a more harmonious and prosperous society in the DRC, whilst combatting gender-based violence effectively, the project aims to increase the percentage of children with proper access to education to at least 70 % in the provinces of Kinshasa and Bandundu.

The initiative also aims to increase the capacity of the units in the Congolese national police force specialised in combatting violence against young girls and women in Kinshasa, Bandundu and Maniema. This will help to provide a contact point where victims and witnesses of violence can seek guidance, so that the guilty parties can be prosecuted and their violent crimes will not go unpunished. This approach can in future be extended to the rest of the country.

This programme should make it possible to tackle the roots of the problem by encouraging a new perception of the roles of women and men in society. By turning men as well as women into instruments of change, the initiative will have a better chance of success in the long term.

This initiative will be launched together with UNICEF and the Deutsche Gesellschaft für Internationale Zusammenarbeit (GIZ) GmbH, as well as with the support of the Congolese Government.