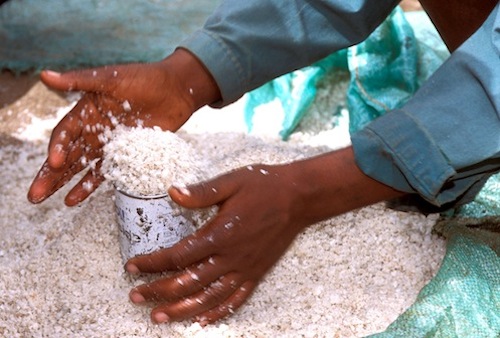 The United Nations food standards body has agreed on new regulations, including the maximum level of melamine in liquid milk formula for babies, as part of its efforts to help protect the health of consumers, the World Health Organization (WHO) said yesterday.

Other measures adopted by the Codex Alimentarius Commission – jointly run by WHO and the UN Food and Agriculture Organization (FAO) – include new food safety standards on seafood, melons, dried figs and food labelling, WHO added in a news release.

The 49-year-old body is meeting in Rome, Italy, this week with more than 600 delegates in attendance, representing 184 countries plus the European Union.

According to WHO, melamine can be lethal at high concentrations and has been used illegally to increase apparent protein content in food products, including infant formula and milk powder. Milk tainted with melamine has caused death and illness in infants.

Two years ago, the Commission adopted a maximum melamine level of one milligram (mg) per kilogramme (kg) and 2.5 mg/kg in other foods and animal feed. The Commission has now set a maximum limit of 0.15 mg/kg for melamine in liquid infant milk.

Melamine is used to make dishware and kitchenware, among other industrial applications, WHO said. It added that the new limit will help governments protect consumers by determining if detected levels of melamine result from unavoidable melamine contamination that does not cause health problems or from deliberate adulteration.

In regard to aflatoxins, a group of mycotoxins produced by molds, which are toxic and known to be carcinogenic, the Commission agreed on a safe maximum limit of 10 micrograms/kg for dried figs, together with details on how test sampling should be conducted. The toxic substances can be found in a variety of products such as dried fruits, nuts, spices and cereals at high levels if the produce is not stored properly, WHO said.

The Commission’s action in his regard was due to an emerging public health issue related to the increased popularity of pre-cut melon slices. “Exposed pulp of the fruit can become a breeding ground for bacteria. This has been linked to life-threatening salmonella and listeria outbreaks, WHO said in the news release.

The Commission also dealt with the issue of food hygiene in seafood, particularly for molluscs, such as mussels and oysters, which have become “a major food safety concern,” with the adoption of a set of preventive hygiene measures aimed at controling food-borne viruses.

“Viruses are generally more resistant than bacteria and those transmitted by the faecal-oral route can persist for months in bivalve molluscs, soil, water and sediments,” WHO noted. “They can survive freezing, refrigeration, UV radiation and disinfection but are sensitive to heat.”

In the area of mandatory nutrition labelling, the Commission recommended that food manufacturers across the world label nutritional content on their products to ensure that consumers are better informed.

WHO said that the Commission’s recommendation is in line with the health agency’s Strategy on Diet, Physical Activity and Health and is a “major step forward in promoting healthy eating worldwide.”