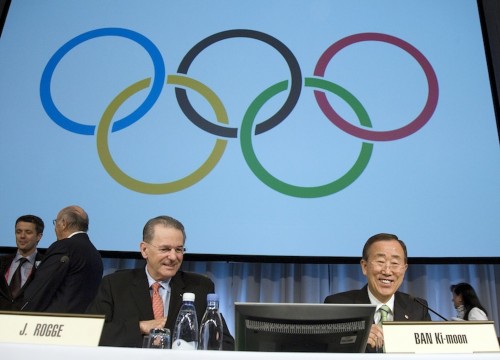 Doha, capital of the Gulf state of Qatar, and Baku, capital of Azerbaijan, were cut from the list of cities bidding to host the 2020 Olympic Games after failing to make the final list for the 2016 Games.

Turkey’s Istanbul, Japan’s Tokyo and Spain’s Madrid have only made it on to the shortlist of cities bidding to host the 2020 Olympic Games, according to an announcement  late on Wednesday in Quebec City by the 15-member executive board headed by Jacques Rogge, the IOC president.

The remaining three cities will now embark on a lobbying period with the winner named on September 7, 2014, in Buenos Aires.   Tokyo has hosted the Olympics before in 1964, while neither Istanbul nor Madrid have held the Games.

Doha, which was proposing to hold the 2020 Olympics in October rather than the usual July and August schedule to avoid the  summer heat, is already scheduled to host the 2022 World Cup football tournament, according to Al Arabiya. Even though Qatar had the financial means to carry off the 2020 bid, it could not convince the IOC to take a chance on holding the Summer Games in October. Apart from the temperature problem was the prospect of low television ratings due to potential conflicts with television and other sports events going on during that time of year.

Baku, on the other hand,  has always been viewed as lacking in experience in hosting international sports events, according to Reuters.

London will host the 2012 Summer Games, while the Brazilian city of Rio de Janeiro will stage the 2016 Olympics.

The three Candidate Cities will now be requested to prepare their Candidature File with an in-depth description of their Olympic project. They will also prepare for the visit of the IOC Evaluation Commission. The Evaluation Commission will make a detailed technical assessment of each candidature and publish a report in advance of the 2020 Briefing for IOC Members in July 2013.