Posted on: December 27th, 2012 by AlYunaniya Staff No Comments 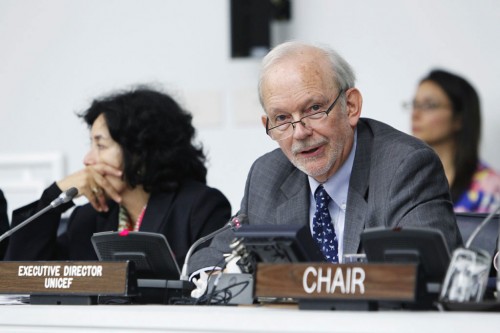 “I still don’t see any reasons why I should not sign it,” Mr Putin said yesterday, according to Reuters. He added that he “intends” to do so.

Russia is the single biggest source of adopted children in the US, with more than 60,000 Russian children being taken in by Americans over the past two decades, according to the US Department.

Responding to the proposed adoption ban being considered by Russia, the United Nations Children’s Fund (UNICEF) yesterday asked the Government there to be guided solely by the best interests of children in determining its policies and actions.

“We ask that the Government of Russia, in its design and development of all efforts to protect children, let the best interests of children – and only their best interests – determine its actions,” the UN agency’s Executive Director, Anthony Lake, said in a statement.

While welcoming the call for improving Russia’s child welfare system, UNICEF urged that the current plight of the many Russian children in institutions receives priority attention.

Unicef estimates that there are about 740,000 children who are not in parental custody in Russia, while only 18,000 Russians are now waiting to adopt a child.

“All children deserve an environment that promotes their protection and well-being,” he added. “Russian children – indeed all children – need to be in protective and loving families or family-like environments.”