Posted on: June 14th, 2012 by Mayowa Aderinto No Comments 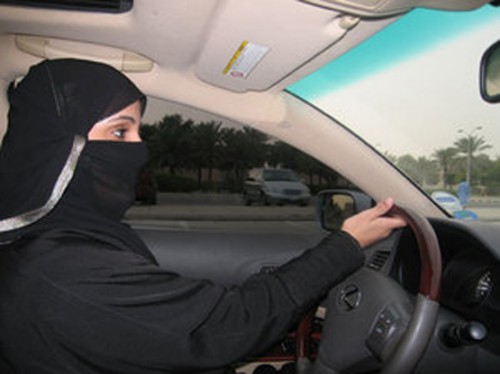 Hundreds of Saudis have appealed to King Abdullah to allow women to drive vehicles on the first anniversary of the Women2Drive campaign launched in June last year, reports AFP.

Nearly 600 Saudis signed the petition on Wednesday and asked the king to “encourage women who have obtained driving licenses from neighbouring countries to begin driving whenever necessary”.

We only want to enjoy the right to drive like all women over the world,” said the petition signed by Manal al-Sharif, the icon of an Internet campaign launched last year urging Saudi women to protest against the driving ban.

Last year Mrs Sharif was jailed after she posted a video of herself driving in the Saudi city of Khobar on YouTube, reports BBC.

Mrs Sharif praised some of the steps the King has taken to improve women’s rights. She said banning women from getting behind the wheel was a result of customs and traditions, and not to do with God.

Saudi Arabia, one of the strongest and longest standing US allies in the Middle East, is also the only country where women are not allowed to drive and often dubbed ‘the world’s largest women’s prison’. They also urged the monarch to “establish driving schools for women and begin issuing licenses.

The petition thanked the king for giving women the right to vote in municipal elections set to take place in 2015.”Our initiative is not aimed at violating laws,” the campaign statement said.