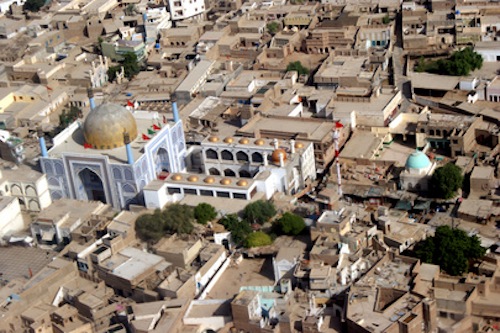 While welcoming the Government of Pakistan’s intention to tackle the issue of enforced disappearances, a group of United Nations independent experts today stressed that the country still faces serious challenges in addressing the problem.

“We acknowledge the security challenges faced by Pakistan,” said the UN Working Group on Enforced or Involuntary Disappearances at the end of an official visit to the country. It added, “However, according to the 1992 Declaration for the Protection of All Persons Against Enforced Disappearances, ‘no circumstances whatsoever, whether a threat of war, a state of war, internal political instability or any other public emergency, may be invoked to justify enforced disappearances.’”

The Declaration was adopted by the UN General Assembly in 1992. Among its articles, it states that “any act of enforced disappearance is an offence to human dignity,” and it condemns such actions “as a grave and flagrant violation of the human rights and fundamental freedoms proclaimed in the Universal Declaration of Human Rights.”

The Working Group was established by the UN Commission on Human Rights in 1980 to assist families in determining the fate and whereabouts of disappeared relatives. It seeks to establish a channel of communication between the families and the Governments concerned to ensure cases are investigated.

According to a news release from the Office of the UN High Commissioner for Human Rights (OHCHR), two of the five members of the Working Group – Olivier de Frouville and Osman el Hajjé – recently completed a ten day visit to Pakistan, during which they held meetings with State authorities, civil society organizations and relatives of disappeared persons in Islamabad, Lahore, Karachi, Quetta and Peshawar.

The experts noted that while cases continue to be reported to authorities, there are controversies surrounding both the figures and the nature of the practice of enforced disappearances.

The Working Group also welcomed the judiciary’s role in shedding light on the whereabouts of missing persons. However, they expressed their concern that relatives of victims reported that even when clearly identified by witnesses, perpetrators have so far not been prosecuted and convicted.

“The relatives of the disappeared persons have the right to know the truth about the fate and whereabouts of their loved ones,” they said. “It is the responsibility and the duty of the State to thoroughly investigate all allegations of enforced disappearances and bring the perpetrators to justice.”

The experts underlined the need to reinforce the Commission of Inquiry on Enforced Disappearances, as well as to ensure the oversight and the accountability of law enforcement and intelligence agencies, and to provide protection for victims and witnesses.

“Other important challenges that Pakistan needs to overcome are the absence of a provision qualifying enforced disappearances as an autonomous crime, and the lack of reparation measures and social assistance programs for the relatives of the disappeared,” they said.

The Working Group will prepare a report with the information gathered during the visit, which will be presented to the Geneva-based UN Human Rights Council next year. In addition to Mr. de Frouville and Mr. El-Hajjé, the Working Group’s other members are Ariel Dulitzky from Argentina, Jasminka Dzumhur from Bosnia and Herzegovina and Jeremy Sarkin from South Africa.