Posted on: April 27th, 2012 by Mayowa Aderinto No Comments 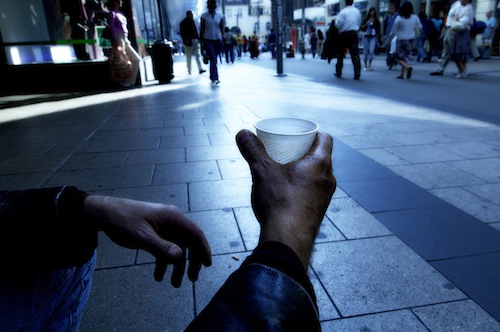 Amid the ongoing crisis in Greece, suicides rates are growing. A 38-year-old lecturer from the university of Athens was buried two days ago, after he decided to end his life because of the financial difficulties and hardships that has affected Greek society as a whole.

According to media reports, his brothers found a note near his dead body; he wrote: “I can not bear the things that are about to happen.”

Dr. Nikos Palyvos was a geologist and elected lecturer of the University of Athens but was never appointed to his rightful job because of the Memorandum policies. For two years, Palyvos and another 800 teaching and research staff colleagues were waiting for their appointment, which is pending to date, newspost.gr reports.

Greece records the biggest rise in suicide attempts throughout Europe, said Eleni Bekiari, member of NGO “Klimaka” during an interview with SKAI Radio. She said 25% of the attempted suicides during the last year were ascribed to economic reasons.

A few weeks ago, Dimitris Christoulas, a retired pharmacist shot himself in the head at Syntagma Square in downtown Athens, saying that financial troubles had pushed him over the edge. A suicide note said he preferred to die than scavenge for food.

The list continues with continuous incidents across the country of people taking their lives due to the crisis, like 45-year-old teacher Savvas Metoikidis in Kavala who ended  his life in protest against the rotten political system, or the young woman who jumped off a bridge near Patras to escape her mounting economic problems.