Syria opposition boycotts Friends of Syria meeting; Declines to visit US and Russia 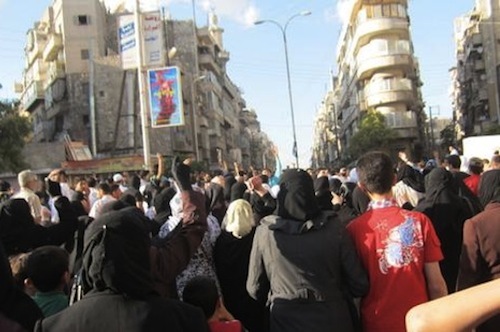 The Syrian National Coalition (SNC) has announced that it is going to suspend its participation in the Friends of Syria meeting in Rome and decline invitations to visit Russia and the United States for negotiations.

The decision comes as a protest against the Friday attack on the city of Aleppo, which, the opposition claims, left hundreds of civilians killed.

“Hundreds of civilians have been killed by Scud missile strikes,” according to a statement released by the SNC.

“In protest of this appalling international stand, the coalition has decided to suspend its participation in the Rome  conference for the Friends of Syria and turn down invitations to visit Russia and the United States.”

British-based Syrian Observatory for Human Rights reported 29 civilian deaths, including women and children on Friday by the bombardment of the Tariq al-Bab neighbourhood in Aleppo.

“The regime bombardment is thought to be the result of surface-to-surface missiles. The number is likely to increase because there are more than 150 injured persons as a result of the bombardment,” according to the Observatory.

The attack on the city of Aleppo came one day after Syrian government targets in central Damascus were hit by multiple car bombings that were among the deadliest so far in the nearly 23-month conflict.

Meanwhile, in Cairo, the SNC said that it was making efforts to name a transitional government in the coming days.

SNC spokesman said that the prime minister would be named on March 2 during a meeting in Istanbul, after consultations were held within the opposition, according to Reuters.

Almost two years after the revolt against Assad more than 70,000 have been killed, according to the United Nations.