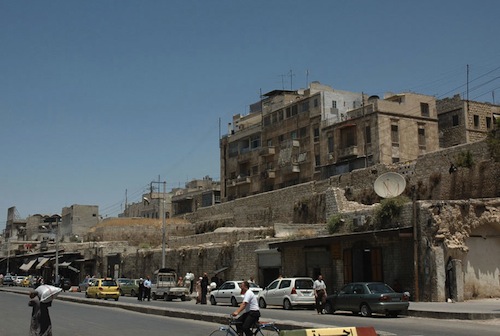 Senior United Nations officials have spoken out – expressing condemnation and shock – over the deadly Tuesday bombing of Syria’s University of Aleppo which left more than 80 people dead, most of them students.

“The Secretary-General strongly condemns the appalling attack,” a spokesperson for the UN chief said in a statement.

“It is truly shocking and distressing to see so many young people dedicated to pursuing their education in the midst of strife lose their life to senseless violence,” the Director-General of the UN Educational, Scientific and Cultural Organization (UNESCO), Irina Bokova, said in a news release.

Two explosions ripped through the university, Syria’s oldest institution of science and technology, on Tuesday, reportedly killing at least 82 people and wounding more than 160 others. According to reports, the bombs went off as students were taking exams, and it remains unclear who was responsible for the attacks.

“Deliberate targeting of civilians and civilian targets constitutes a war crime. Such heinous attacks are unacceptable and must stop immediately,” Mr. Ban’s spokesperson said. “All combating parties in Syria must abide by their obligations under international humanitarian law.”

Both Ms. Bokova and Mr. Ban expressed their condolences over the attack, with the UNESCO chief calling on “all those involved in the fighting to respect the right to education” and the Secretary-General believing that “this latest atrocity should be promptly and fully investigated.”

“He also calls for a reflection by all Syrians about the degradation of a conflict that is tearing their nation apart, and stresses the urgent need for a peaceful political solution that ends the violence and meets the democratic aspirations of the Syrian people,” Mr. Ban’s spokesperson added.

More than 60,000 people, mostly civilians, have been killed in Syria and hundreds of thousands more have been displaced since the uprising against President Bashar al-Assad began in early 2011. Recent months have witnessed an escalation in the conflict, which is now in its 23rd month.

Meanwhile, the UN agency tasked with assisting Palestinian refugees called on all sides in the conflict in Syria to refrain from taking up positions in or conducting the conflict in civilian areas.

In a statement, the UN Relief and Works Agency for Palestine Refugees in the Near East (UNWRA) appealed to the parties “to ensure the protection of Palestine refugees, other civilians and their property and to comply with their obligations under international law.”

The UNRWA statement also called for respect for “the sanctity of human life,” noting that there was a “duty to avoid arbitrary displacement of civilians.”

The UN agency is particularly concerned about the conflict’s impact on Palestinian refugees in all areas of Syria, including those living in Damascus, Rif Damascus, Dera’a, Aleppo, Latakia, Hama and Homs. UNRWA noted that its concerns are deepening with reports of serious incidents which continue to occur, including in areas under the control of armed opposition elements.

In mid-December 2012, the conflict saw intense armed engagements inside Yarmouk, a suburb south of Damascus, which housed more than 150,000 Palestine refugees. This was followed by the incursion of armed opposition elements into Yarmouk and their taking up of positions in this civilian residential area, in turn attracting a military response more intense than previously seen.

“This has brought new highs of suffering to Palestinian and Syrian residents of Yarmouk who had already endured, since July 2012, the trauma of protracted conflict in their neighbourhood,” UNRWA said in a news release. “Since mid-December 2012, the Yarmouk experience has been played out sequentially in other areas of Rif Damascus.”

The UN estimates that the overall number of people in need of humanitarian assistance inside Syria quadrupled between March 2012 and December 2012, from one million to four million. UN humanitarian aid planning estimates that up to a million Syrian refugees will need help during the first half of 2013, with most of these located in Jordan, Iraq, Lebanon, Turkey and Egypt.