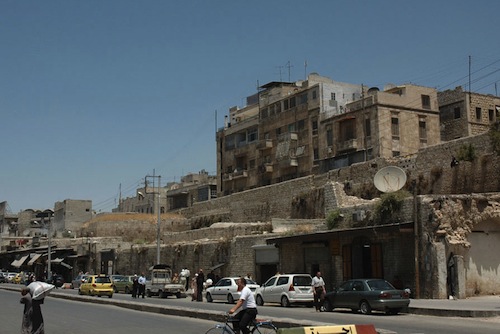 The members of the United Nations Security Council condemned “in the strongest terms” the terrorist attacks which took place on Wednesday in the Syrian city of Aleppo, causing dozens of deaths and leaving more than a hundred civilians injured.

“They [Council members] expressed their deep sympathy and sincere condolences to the families of the victims of these heinous acts and to the people of Syria,” added Ambassador Gert Rosenthal of Guatemala, which holds the Presidency of the Security Council for the month of October, in a statement he read out to the media at UN Headquarters in New York.

In the press statement, the Council noted that Jebhat al-Nusra – an Islamist militant group affiliated with the Al-Qaida terrorist group – had claimed responsibility for the attack.

According to media reports, at least two car bombs exploded on Wednesday in Aleppo’s main Saadallah al-Jabiri Square and another bomb exploded a few hundred metres away, killing at least 48 people.

“The members of the Security Council reaffirmed that terrorism in all its forms and manifestations constitutes one of the most serious threats to international peace and security, and that any acts of terrorism are criminal and unjustifiable, regardless of their motivation, wherever, whenever and by whomsoever committed,” Ambassador Rosenthal said in the press statement.

In addition, the Council members reiterated their determination to combat all forms of terrorism, in accordance with its responsibilities under the UN Charter.

They also reminded States that they must ensure that measures taken to combat terrorism comply with all their obligations under international law, in particular international human rights, refugee and humanitarian law.