Posted on: October 22nd, 2012 by AlYunaniya Staff No Comments 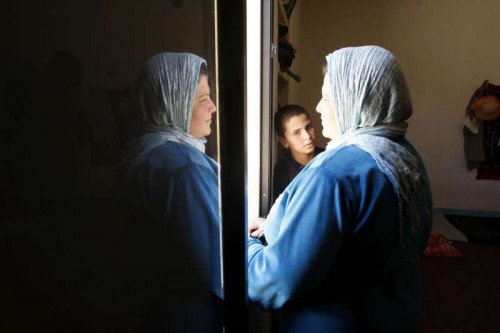 With a small but growing number of Syrian asylum-seekers arriving in Europe, the UN refugee agency last week reiterated how important it was for European Union (EU) countries to adhere to the principles of their Common European Asylum System.

“These include ensuring access to territory, access to asylum procedures, harmonized approaches to the adjudication of asylum claims and mutual support between member states,” UNHCR spokesman Adrian Edwards said in Geneva. “There is an opportunity for the EU to put its commitment to solidarity into practice,” he added.

European Union countries, together with Norway and Switzerland, received 16,474 asylum applications from Syrians between January 2011 and August 2012, according to European Commission figures. Germany received 5,515, Sweden had 2,506, followed by Switzerland (1,405), Austria (972), the United Kingdom (912), Denmark (908) and Belgium (796). The numbers in other member states were considerably lower.

While most EU member states are processing claims and granting protection to Syrians, approaches to interpreting protection criteria and the type of status and entitlements granted vary considerably. “In Greece, for example, the asylum-system fails to meet the protection needs of many refugees,” Edwards noted.

In some countries on the eastern border of the EU, rejection rates are more than 50 per cent. In addition, some countries are more likely to give Syrians a tolerated stay rather than actual protection. “There is therefore a risk that people in need of protection will be denied the rights to which they are entitled under EU or international law and will be compelled to move on, usually to other EU states,” the UNHCR spokesman said.

Iraq, Jordan, Lebanon and Turkey continue to host the overwhelming majority of refugees – now numbering more than 340,000 Syrians who have either formally registered as refugees or are being assisted. Arrivals of asylum-seekers from Syria in the EU have been relatively small, with less than 20,000 Syrian asylum claims filed in the past 18 months.

“With the crisis continuing, contingency planning at national level for new arrivals should take place,” Edwards said. “At EU level, there must also be readiness to consider applying the Temporary Protection Directive and other appropriate responses, if the conditions demand it. As always, it is important that the right to seek asylum is upheld at all times,” he added.

The European Union and its member states are among the largest contributors to the Syria Regional Response Plan, which represents the combined planning of 52 UN agencies and NGOs who are supporting Syrian refugees in Jordan, Lebanon, Iraq and Turkey. This plan was recently updated with an appeal figure of US$487.9 million. It is currently 29 per cent funded.

The EU has provided more than 8 million euros to the regional response plan to date, and is considering further contributions. Individual EU member states have also offered welcome financial support. “However, further funding is and will be required to meet the pressing humanitarian needs of displaced people,” Edwards stressed.