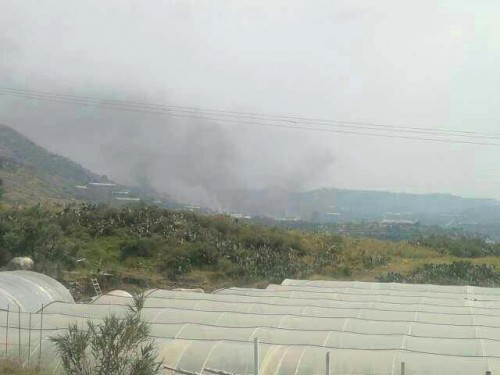 According to the Syrian Observatory for Human Rights at least 62 murdered civilians have been found in a Sunni neighbourhood of the Syrian city of Banias,  reported AFP.

“We have identified 62 citizens by their names, photos, or videos, including 14 children,” the group said, adding that the toll could rise.

The group also,  posted online a video showing the bodies of 10 people it said were killed in the district of the city Ras al Nabaa with most of them being children.

The videos and reports of the killings could not be independently verified as the Syrian government restricts access for independent media.

Banias, like Daraa saw some of the first demonstrations since the two-year conflict began in March 2011.

The region’s three main coastal cities of Banias, Latakia and Tartus and their surrounding areas which are referred to as “Alawite heartland” where analysts predict that Assad could seek protection if his regime collapses.

“The United States is appalled by horrific reports that more than 100 people were killed May 2 in gruesome attacks on the coastal town of al-Bayda, Syria. Regime and Shabiha forces reportedly destroyed the area with mortar fire then stormed the town and executed entire families, including women and children. We extend our deepest condolences to the families of the victims of this tragedy,” State Department said in a statement.

“We strongly condemn atrocities against the civilian population and reinforce our solidarity with the Syrian people. As the Assad regime’s violence against innocent civilians escalates, we will not lose sight of the men, women, and children whose lives are being so brutally cut short. We call on all responsible actors in Syria to speak out against the perpetration of unlawful killings against any group, regardless of faith or ethnicity. Those responsible for serious violations of international humanitarian law and serious violations and abuses of human rights law must be held accountable.”

The massacre in Ras al Nabaa took place two days after gunmen loyal to the regime  killed at least  50 Sunnis in the nearby village of al-Baida.

Meanwhile, Israeli officials have confirmed that the country’s air force carried out a strike against Syria and say it targeted a shipment of advanced missiles, Al Jazeera reported.

The officials said on Saturday the shipment was weapons bound for the Lebanese Hezbollah group.

Sectarian clashes and massacres have increased in the two-year-old uprising has been led by Syria’s Sunni Muslim majority  which has left more than 70,000 people dead.