Posted on: October 31st, 2012 by Romana Turina No Comments 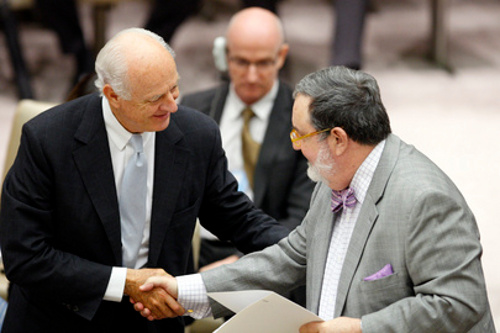 Yesterday opened in Rome a two-day OSCE (Organization for Security and Co-operation in Europe) conference on supporting democratic transition and political reforms through economic co-operation in the Southern Mediterranean region.

The 2012 OSCE Mediterranean Conference brings together 130 representatives of the 56 OSCE participating States and the six Mediterranean Partners for Co-operation – Algeria, Egypt, Israel, Jordan, Morocco and Tunisia – as well as from other OSCE partner countries, and several relevant international and non-governmental organizations.

He stated: “We all have perception of the Arab Spring and its implications in the international agenda nowadays. But if we look back at the 1996, when the Partnership was set up, we can say OSCE was farsighted. Farsighted enough to believe that its role and its experience in the democratic transition since the Nineties could be extended to the Southern Mediterranean Countries.”

He also stressed how “As for euro-mediterranean cooperation, we appreciate the key role played by the 5+5 Dialogue, whose recent Summit represented the occasion to reaffirm our common will to reinforce political dialogue between the two shores of the Mediterranean, on the basis of the shared values of democracy, freedom and respect for human rights.”

OSCE Secretary General Lamberto Zannier commented: “I am personally committed to making our partnership more operational and dynamic. We are currently exploring options for action-oriented and results based co-operation with the Mediterranean partnership in a number of areas where the OSCE can offer substantial expertise and experience.”

Participants will discuss economic and social challenges in the region, as well as OSCE best practices in enhancing economies, co-operation on sustainable energy including renewable energy sources, OSCE experience in addressing transnational threats to security, and enhancing the participation of women in political and public life.