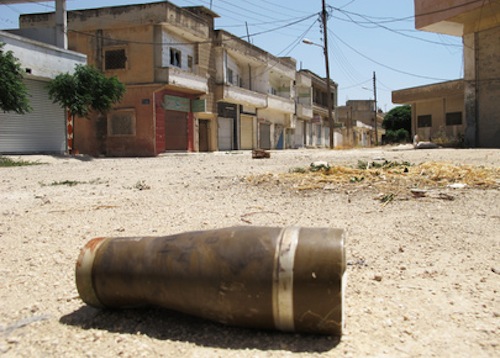 Following the latest death of one of its staff members, the United Nations agency assisting Palestinian refugees called for all parties in the Syrian conflict to refrain from fighting in civilian areas.

“UNRWA deplores the tragic loss of life and expresses the view that threats to Palestine refugees and other civilians can be avoided. All sides must refrain from conducting the conflict in civilian areas and must comply with their obligations under international law,” the UN Relief and Works Agency for Palestine Refugees in the Near East (UNRWA) said in a news release.

“UNRWA has informed the Syrian authorities of the death of its staff member and will reiterate its calls to the authorities to afford protection from the effects of armed conflict for refugees and other civilians across Syria,” it added.

According to UNWRA, in the early morning of Sunday, 9 September, a 28-year-old staff member was on his way to catch a bus to work when he was shot dead in the Or’uba area, near the Yarmouk residential area of the Syrian capital, Damascus. Yarmouk is home to approximately one million Syrians and more than 150,000 Palestinian refugees.

More than 18,000 people, mostly civilians, have died since the uprising against Syria’s President Bashar al-Assad began some 18 months ago. There has reportedly been a major escalation in violence in recent weeks in many towns and villages, as well as the country’s two biggest cities, Aleppo and Damascus.

“There was no shelling in the immediate vicinity at the time the staff member was killed, and family sources confirm that the staff member was struck by a single bullet to his chest,” UNRWA stated. “While there have been persistent allegations of sniper activity around the Yarmouk area, it could not be ascertained whether the staff member’s death was caused by a stray bullet or one fired by a sniper.”

The agency noted that the death is the second death of an UNRWA staff member in the Yarmouk area in three days, and that, between 6 and 8 September, ten Palestinian refugees in Yarmouk died as a result of the Syrian conflict.

“There is no sign of any easing in the intensity of the armed conflict that has been raging since 29 August in the residential areas surrounding Yarmouk,” UNRWA added. On 7 September, two shells exploded in the compound of an UNRWA school, causing minor damage.

In previous statements, UNRWA has expressed its concern about the threats posed by the conflict to the safety and well-being of Palestinian refugees as well as agency staff across the country. “This concern continues to grow as the Syria armed conflict deepens,” UNRWA stated.

Established by the General Assembly in 1949, UNRWA is mandated to provide assistance and protection to a population of some five million registered Palestinian refugees in various countries throughout the Middle East. Its services include education, relief and social services, camp infrastructure and improvement, health care and emergency assistance.