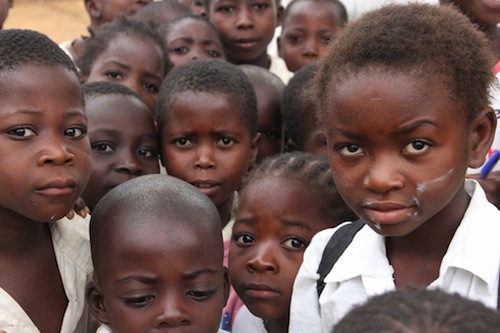 The United Nations and the African Union have agreed to strengthen protection of conflict-affected children in Africa, where despite progress, grave child rights violations including under-age recruitment, continue.

“As the African Union is taking a larger role in the continent’s mediation and peacekeeping operations, it had become essential to make our partnership stronger,” said Leila Zerrougui, Special Representative of the Secretary-General for Children and Armed Conflict.

Her office and the Peace and Security Department of the AU Commission signed an agreement on 17 September, in partnership with the UN Children’s Fund (UNICEF), to step up measures to protect children from armed violence.

“A significant number of children affected by armed conflict live on the African continent. With this agreement, my Office will work even more closely with the African Union and UNICEF to respond to their plight,” Ms. Zerrougui said.

Among the areas of collaboration outlined in the document, the AU, with UN support, agrees to include the protection of children in all its peace and security activities.

The agreement also calls for the development of a joint programme of work to align domestic legislation with regional and international child rights, as well as to develop guidelines on protection of children.

In addition, improved and harmonized training programmes in child protection will be developed for countries contributing troops to AU peace missions.

“We welcome this collaboration to ensure that protecting children is central to the work of the African Union,” said El-Ghassim Wane, Director of the Department of Peace and Security at the AU Commission.

“We know that we cannot succeed in building a prosperous and just future for the continent if we do not do everything in our collective power to protect them from the scourge of violence and war,” Mr. Wane added.

Addressing the 24th Session of the Human Rights Council, which began last week in Geneva, Ms. Zerrougui noted that the Democratic Republic of the Congo (DRC) signed Action Plans to end the recruitment and use of children, as well as sexual violence against children.

The Transitional Government of Somalia signed a similar Action Plan as well as another one to end killing and maiming of children, the first time a Government made such a commitment.