Posted on: October 20th, 2013 by Tina Michalitsis No Comments

UN calls for ceasefire in Syria to help trapped civilians 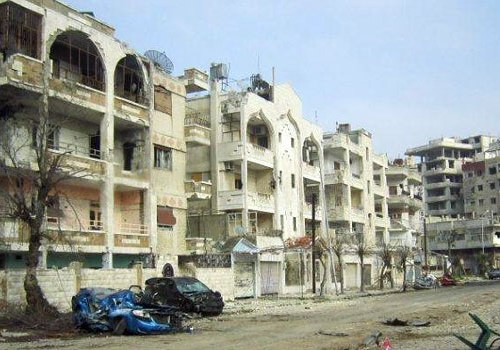 The United Nations humanitarian chief called yesterday for a ceasefire in Moadamiyeh in Rural Damascus to allow aid agencies access to evacuate thousands of civilians trapped by the ongoing conflict in Syria.

“The humanitarian community has stressed time and time again that people must not be denied life-saving help and that the fighting has to stop,” Under-Secretary-General for Humanitarian Affairs Valerie Amos said in a statement.

Humanitarian agencies have been denied access to Moadamiyeh for months, the statement noted. Although the evacuation of more than 3,000 people took place today, the same number or more remain trapped. There are reports of continued shelling and fighting in the area, preventing the completion of the rescue operation.

“I call on all parties to agree an immediate pause in hostilities in Moadamiyeh to allow humanitarian agencies unhindered access to evacuate the remaining civilians and deliver life-saving treatment and supplies in areas where fighting and shelling is ongoing,” said Amos, who is also UN Emergency Relief Coordinator.

Amos said she continues to be “extremely worried” by the situation unfolding across Syria where ordinary women, children and men are facing horrific violence and brutality from all sides of the conflict.

Thousands of families also remain trapped in other locations across Syria, for example in Nubil, Zahra, old Aleppo town, old Homs town and Hassakeh.“Civilians must be allowed to move to safer areas without the fear of attack,” stressed Amos.

“It is vital that all parties to the conflict respect their obligations under international human rights and humanitarian laws to protect civilians and to allow neutral, impartial humanitarian organizations safe access to all people in need, wherever they are in Syria.”

The conflict, which began in March 2011, has claimed over 100,000 lives, sent more than 2 million people fleeing for safety to neighbouring countries and displaced 4.5 million within Syria.