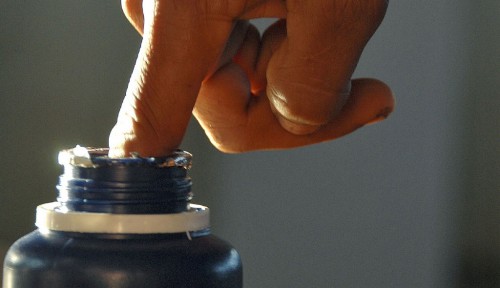 United Nations Secretary-General Ban Ki-moon has congratulated the Government and people of Pakistan on the successful conduct of national and provincial elections, hailing the polls, for which millions of voters turned out, as a major democratic step.

“This is the first ever transition from one civilian Government to another and a significant step forward for democracy in the country,” the Secretary-General said of the 11 May elections, in a statement issued by his Spokesman.

“By exercising their constitutional right to vote, the people of Pakistan have reaffirmed their desire for and commitment to a democratic Pakistan and their respect for the constitution of the country,” Secretary-General Ban said.

Pleased to note the significant turnout for the elections, especially the youth and first time voters, “who came out in millions to take part,” the UN chief also noted the increase in the participation of women, but regretted that in some parts of the country, they were deterred from voting.

“The Secretary-General applauds the courage and determination of political parties and election workers to engage in the electoral process despite the challenging security situation ahead of the voting,” the statement said.

Mr. Ban also commended the Electoral Commission of Pakistan (ECP) for successfully organizing the polls, and reaffirmed the commitment of the United Nations to continue to support and assist the ECP.

With more than 86 million people reportedly registered to vote, Pakistanis were set to select from among 5,000 candidates for the National Assembly and nearly 11,700 vying for the Provincial Assembly.

A statement issued by Mr. Ban’s Spokesman on 9 May noted the Secretary-General’s “concern” about the series of attacks in the run-up to the polls targeting politicians, political rallies, and election offices.

More than 100 people were reportedly been killed during that cycle of political violence, according to media reports. The UN chief conveyed his heartfelt condolences to the families of all the victims.

He also acknowledged the efforts being made by the Government of Pakistan “to ensure the safety and security of candidates, party workers, election officials, observers and voters on the day of the elections,” that statement noted.