Posted on: September 16th, 2012 by AlYunaniya Staff No Comments 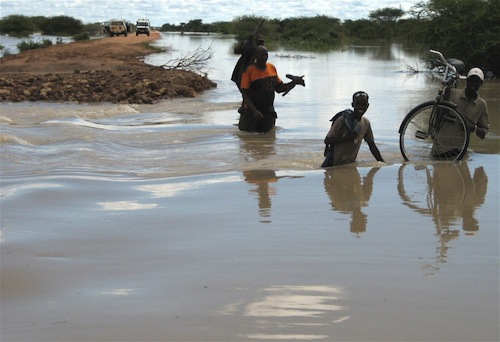 United Nations humanitarian agencies are supporting flood victims in Niger with basic items such as food, blankets and mosquito nets as rains continue to affect more than 527,000 people in the African country.

The UN World Food Programme (WFP), the UN Children’s Fund (UNICEF) and their partners are providing assistance in the Tillabery region in the country’s south-west, where more than 40 per cent of houses and huts have disappeared in the flash floods.

Addressing a media briefing in Geneva, a spokesperson for the Office for the Coordination of Humanitarian Affairs (OCHA), Jens Laerke, said that thousands of people have sought refuge in school buildings close to their flooded homes.

The effect of the floods has increased since last year, when Government authorities estimated that 485,000 people were affected at this time of the year. In addition to the displacement of thousands, the floods have also led to the deaths of 81 people.

Last week, UNICEF and the World Health Organization (WHO) had warned that floods in Western Africa, including Niger, would worsen the current cholera emergency in the region as they create the conditions required for the disease to spread further and faster.